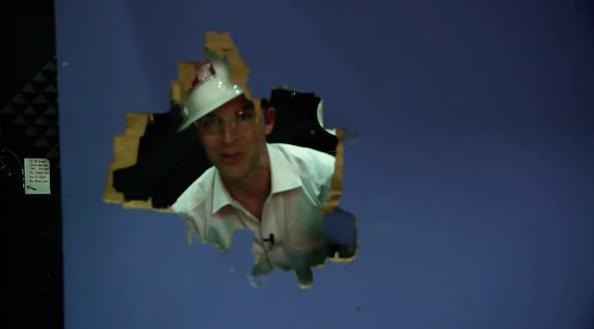 WFTS-TV, the Scripps Media ABC affiliate in Tampa, Fla., has decided to let viewers in on the fact that a new set is coming soon to the station.

The spot, featuring anchor Jamison Uhler, shows Uhler hammering through a wall and poking his head through the opening.

The scene is designed as a parody to the famous “here’s Johnny” scene from “The Shining” where Jack Nicholson poked his head through a hole in the wall.

WTFS-TV will debut its set from Devlin Design Group mid-month.