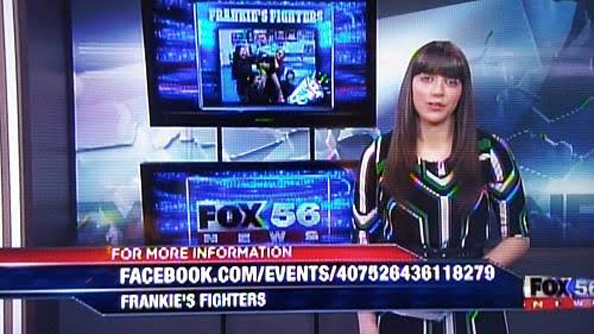 WOLF-TV, the Fox affiliate in Scranton/Wilkes-Barre, Pa., thought it would be helpful and let viewers know how to connect to a fundraiser’s Facebook page.

So, they tossed the URL up on the lower third. The problem? The URL was, by our count, 34 characters long, including an 18 digit random number (we suppose that “facebook dot com slash events” is easy enough to remember).

The string was so long, in fact, it barely fit in the lower third, even with the condensed typeface the station uses.

The newscast is produced by the market’s NBC affiliate WBRE-TV.

Of course, most stations like to funnel users through their own websites for links mentioned, though, WBRE-TV’s website address isn’t all that much less clunky — pahomepage.com. The station may also have been trying to avoid having its website on a show produced, under contract, for another station.

The station could have least run the URL through Bitly or a similar link shortening service that allows for a customized URL, like we did here: http://bit.ly/frankiesfighters.