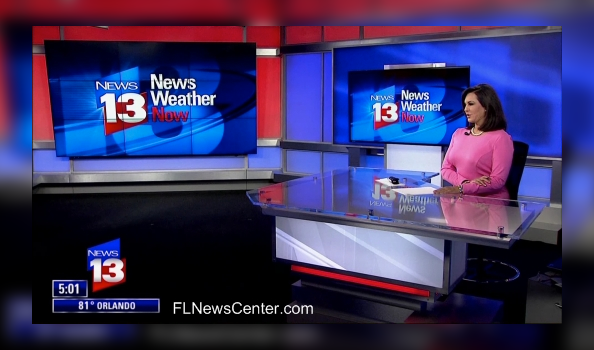 News 13, the Bright House Networks owned cable news network based in Orlando, has become the last of its cluster of stations to debut a new set. The new look, designed by Park Place Studio, features a similar look and feel as the sets found at Bay News 9 in Tampa and InfoMás, the Spanish-language channel the two networks share responsibility for.

The new look mirrors the look at Bay News 9, with bold red and blue tones used in the backlit walls and video panels.

The network didn’t however, replace its weather center, which was replaced two years ago, reports Florida News Center.

The Orlando studio is also meant to serve as a backup for Bay News 9 or InfoMás (or vice-versa) in the event of a hurricane or technical issues.

None of the networks changed graphics or music.