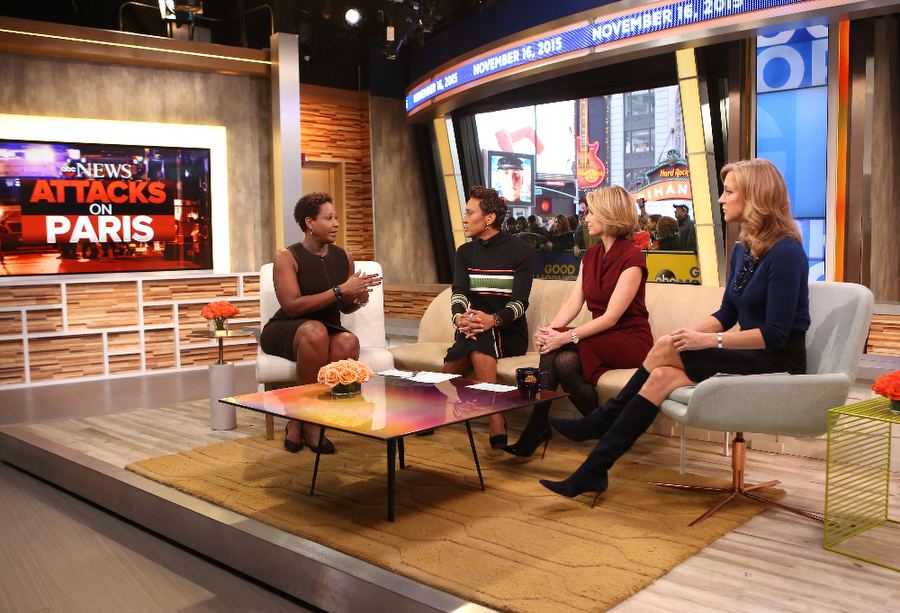 Viewers had an excellent opportunity to see many of the changes, including how the studio areas connect, during the show’s recent 40th anniversary broadcasts, which is shown in the images here.

Included on the revamped set, which was designed by Seth Easter Design, are over 250 3 to 10 millimeter-thick LED panels, including 125 10 millimeter bendable panels used to create the ticker that wraps around much of the set.

That’s in addition to 46-inch NEC seamless monitors that make up the new video arrays, nine 60-inch Salitek monitors as well as one each of 90-inch, 75-inch and 70-inch monitors. Also included in the upgrades is a new tracking system that allows the LED equipped wall panels to move across the studio. Configurations include being able to separate them into two separate walls and pivot panels for storytelling opportunities.

These panels are a significant upgrade to the lower resolution ones previously found on the set in a similar design. Besides the technology, other updates include the addition of gray-toned frames backed by banded wood tones. that’s somewhat reminiscent of stacked stone. In addition, walls with internally lit reveal lines were added, along with faux stone columns that zig-zag as they extend from floor to header. The new, more textural look to the studio is carefully lit to add depth and texture, which provides a nice complement to the show’s flatter graphics package.

The new design was also created to be as flexible as possible. Not only do the movable LED panels maximize the show’s investment by allowing them to be used in multiple ways, but the various venues are able to serve a variety of purposes — whether a standup, interview, panel or large group, as shown here.