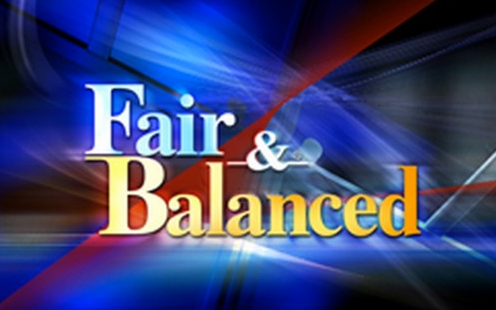 A sitcom currently in development could face the wrath of Roger Ailes if it moves forward with its working title intact.

“Fair & Balanced,” be created by Lionsgate for ABC, features a journalist, played by Kal Penn, who aspires to work for NPR, but is forced to take a job with a network that’s a dead-ringer for Fox News Channel.

Fox News says it is looking into how the name might infringement on its trademark on the phrase “Fair & Balanced,” which it registered in 1997.

This isn’t the first time the network has gotten into a high profile legal tussle over its slogan — in 2003 the network sued now-Senator Al Franken and his publisher, Penguin Books, over his tome “Lies and the Lying Liars Who Tell Them: A Fair and Balanced Look at the Right.”

The suit looked to bar publication of the book but was dismissed by the judge for lacking any legal merit, citing the fact that it would be unlikely for a consumer would confuse the book, which features Franken’s photo on the cover, as being related to Fox News officially.

U.S. trademark law typically looks at the likelihood for the typical consumer to be confused over two similar and identical names and typically also limits a trademark registration to specific categories or types of products, meaning Fox News doesn’t own the rights to the words “fair and balanced” in every application.

The judge even suggested at the time that Fox may not be able to claim trademark on the phrase at all — given that it’s a rather commonplace term.

Fox News dropped the suit three days after the judge dismissed the injunction.

Ironically, the publicity surrounding the suit, which included ridicule from bloggers, spurred Penguin to move up the book’s release date and likely was responsible for boosting sales on a title that otherwise may have gone unnoticed by a more mainstream audience.

Later that year, Independent Media Institute, the owner of liberal news site AlterNet, filed a petition with the U.S. Patent and Trademark Office asking for the trademark to be canceled, citing it as being “notoriously misdescriptive.” The case went on for three years and was eventually settled, with the claim being dropped.

Franken took on Fox News again in 2004, when he began hosting a show on Air America Radio Network. The title, “The O’Franken Factor,” was an obvious jab at Fox News’ top rated “The O’Reilly Factor” and Franken has indicated the name was selected, at least in part, to goad Fox into another lawsuit.

That never materialized and the show changed its name to “The Al Franken Show” three months after debuting.

It’s worth noting that the title “Fair & Balanced” is just a working title for the Penn sitcom and television shows often change titles before hitting the airwaves. In addition, the show is still in the development stages and may never even make it to pilot or a slot on the network schedule.