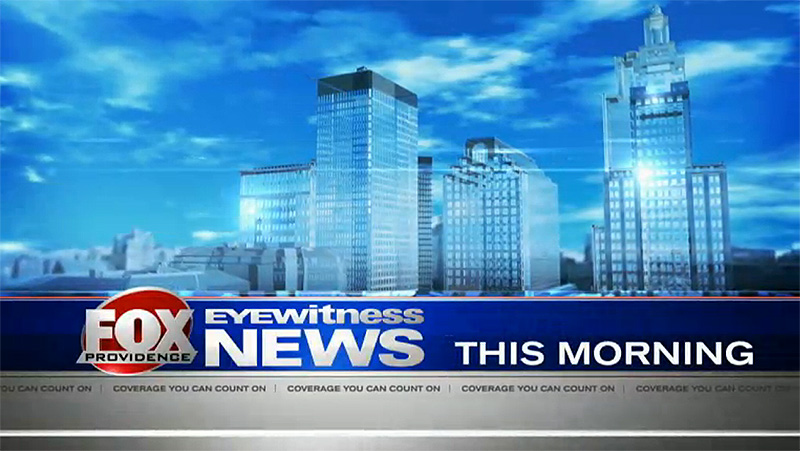 The opening sequence keeps the 3D glass rendition of Providence from the 2009 package, as New England One reports, and a similar color scheme. Throughout, extruded elements are included along with a patriotic mix of red, white and blues.

The set, from FX Design Group, saw minimal changes, with some on-set graphics changing and a new LED strip added in the stand up area.

WPRI-TV continues to use “Newstime” by Warner/Chappell’s 615 Music for its news music.