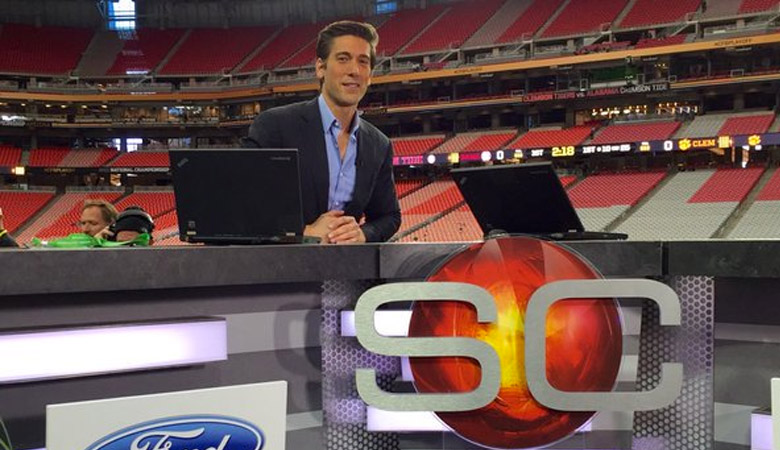 “World News Tonight” posted a photo of anchor David Muir at the “SportsCenter” anchor desk on Twitter, which is part of a traveling set the network uses for a variety of coverage. The early blocks of the first feed of “World News Tonight” were hampered by the University of Phoenix Stadium’s in-house loudspeaker system, which competed with Muir for attention. Eventually, Muir switched to a handheld mic over the lapel one he started the broadcast with, which helped a bit.

ESPN travels to Arizona for the CFP National Championship

ABC and ESPN are both owned by Disney.