ESPN travels to Arizona for the CFP National Championship 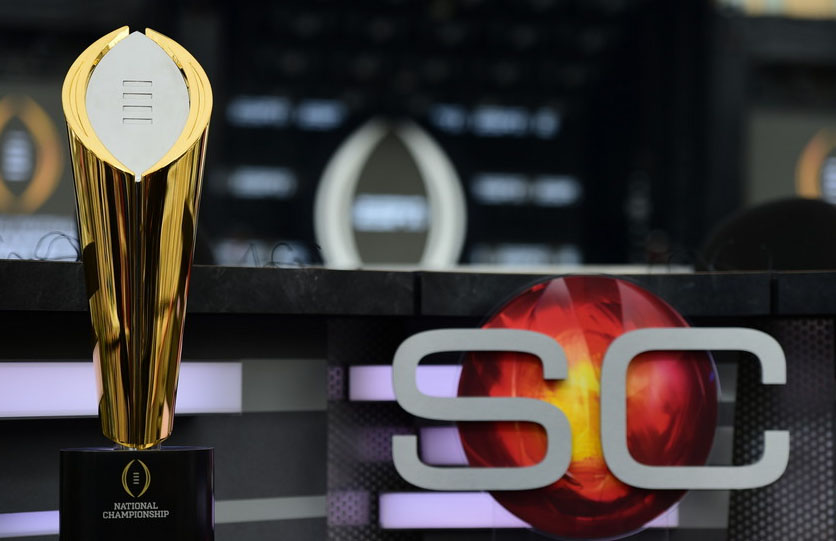 ESPN has blanketed the University of Phoenix Stadium, where the game will be played, and downtown Phoenix for its wrap around broadcasts. Multiple traveling sets are in use, which regularly are used for special events and “College Gameday.” Hannah Storm, Desmond Howard and Mark May on the set of “SportsCenter” inside the University of Phoenix Stadium The CFP National Championship kickoff at 8:30 p.m. ET on ESPN.

Photos by Phil Ellsworth and Allen Kee of ESPN Images.