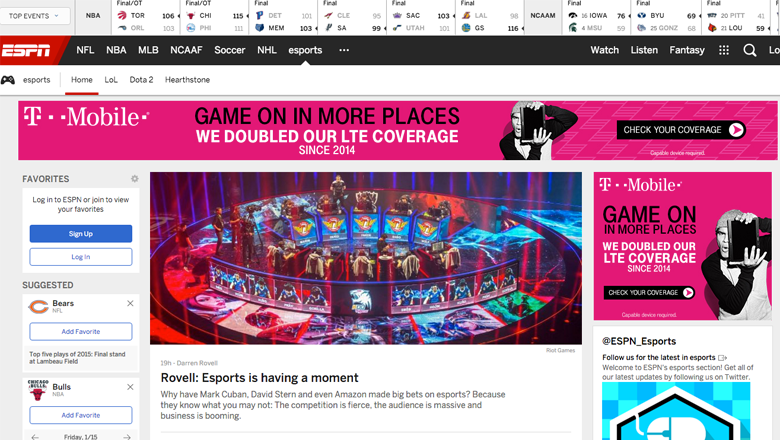 ESPN.com has added a new section for a different kind of sport — one that isn’t played on lush green grass or polished hardwood floors.

This sport’s arena is cyberspace, pixels and gigabytes.

What sport is this? It’s e-sports, a term that encompasses the world of professional leagues and tournaments for video and online games.

It’s a $500 million a year industry that ESPN hopes to capitalize on at a time where the once sterling network’s outlook is gloomy and its financials are causing some waves on Wall Street.

These writers, in addition to fueling the online content, are also expected to make regular appearances on ESPN programs, including “SportsCenter.”

By entering the niche of e-sports, ESPN has the potential to capitalize on a new set of eyeballs and potentially lucrative demographic, though it will be interesting to see if ESPN’s coverage is shunned as too “mainstream” for the close knit gaming community.