L.A. anchors kill time by taking the set for a spin 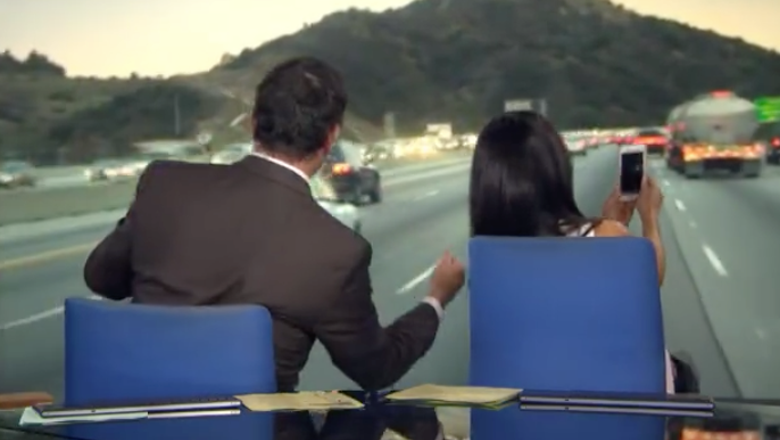 Any reader of this site will know that we often expound the virtues of video walls to enhance storytelling. Sometimes, though, they’re just plain fun.

KCBS-TV’s morning team managed to kill some time during commercial break by creating a real-life “Grand Theft Auto” of sorts.

It all started when the control room fed video of a car weaving along L.A. freeways to the on-set video wall. Anchors Rick Garcia and Sharon Tay began amusing themselves by turning their chairs around and pretending to drive. Thankfully, someone had the foresight to hit “record.” Soon forecaster Josh Rubenstein joined in the fun, while also managing to get in a bit of a workout. He pretended to be running along the roads in front of Garcia and Tay.

Video walls are good for all sorts of other shenanigans as well — whether it be a giant seagull attack or opening a portal to hell.

If this isn’t a good reason to convince your news director to install a video wall on your set, we don’t know what is.