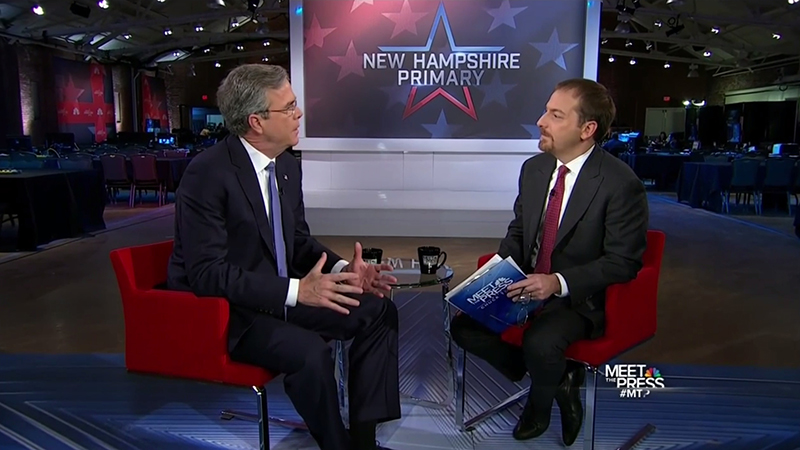 As New Hampshire prepares to vote on Tuesday, NBC News has relocated its talent and staffing to the Radisson in downtown Manchester.

Sunday’s “Meet the Press” came live from the Armory Ballroom in the hotel, which is serving as NBC’s election center in NH.

The program used a similar setup to its 2012 election coverage, with a temporary desk on top of a glossy white platform. This temporary desk has seen many uses at NBC and MSNBC, having been MSNBC’s election desk for many cycles. During one-on-one interviews, a riser with NBC’s star graphic was used along with two red chairs. MSNBC is also using the Radisson for its coverage, taking over JD’s Tavern, the hotel bar. “Hardball,” “Morning Joe,” “Andrea Mithcell Reports” and others are all using the crowded bar area for coverage, with a very upbeat crowd.