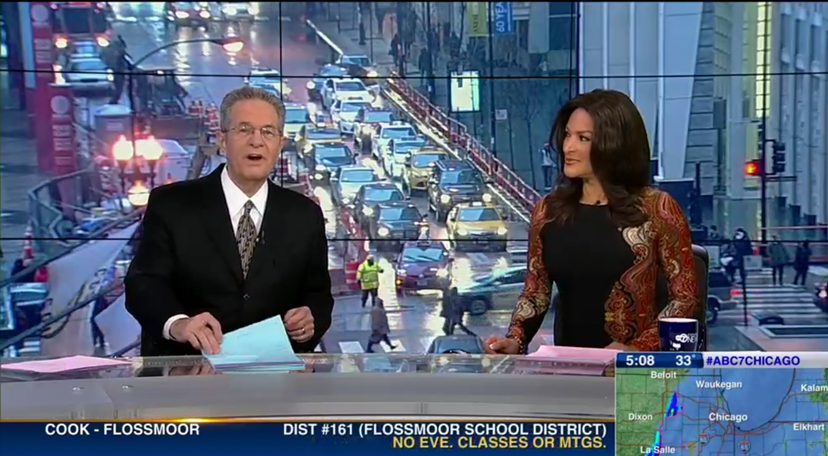 In addition to using a fake snowy background, WLS-TV in Chicago found another way to cram more snow coverage hype onto its screen: A radar loop in the corner of the screen.

Although certainly not revolutionary, this approach is interesting because it involved the station dropping its familiar circle 7 logo and rearranging its time and temp bug. The design also managed to play well with the cancellation notices in the blue band running across the bottom of the screen.

One smart move the station did make — the city labels in the loop appear to be enlarged and simplified to be easier to read, even at such a small scale.

Other stations in the market also added the radar loop to the corner of the screen, but ABC 7’s approach did appear to be the most thought out and refined — even managing to include the station’s hashtag and fitting in nicely with the lower thirds.