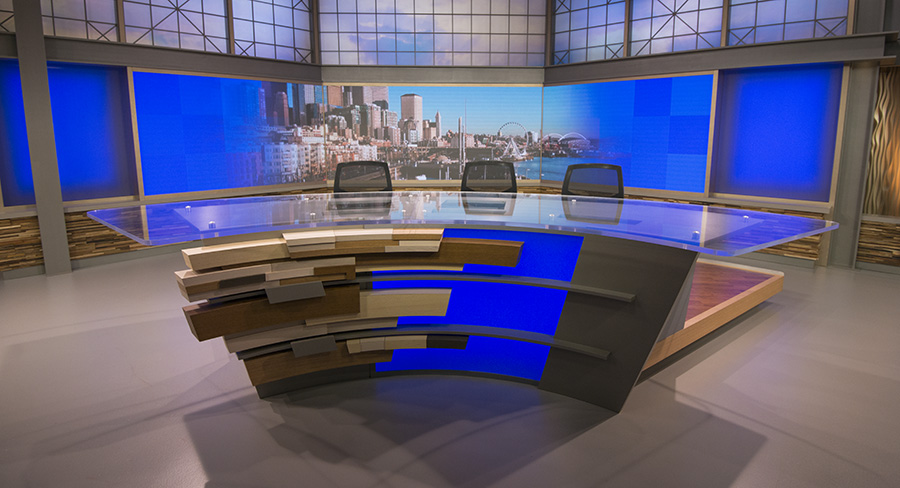 The new set, which includes technology from Primeview, provides a “window to the Northwest; bringing Northwest imagery right into the studio with a view that will change by daypart as well as seasonally.”

“Seattle’s status as a world leader in technology is well-known but the unique beauty of the Northwest’s trees, water and mountains draws people here as well. That is why we chose to incorporate both attributes in our new studio which is technologically advanced and a reflection of the amazing communities we call home,” said Pam Pearson, KCPQ SVP-GM.

KCPQ debuted news in 1998 with a half-hour newscast at 10 p.m. and now offers 10 hours of local news and weather every weekday.

Large, interactive monitor walls will allow viewers to see — through video, weather radar, traffic maps — exactly what is going on in their neighborhoods and how it will affect them.

The station notes in a release the “open flow of the new space encourages the on-air talent to interact and share both their expertise and enthusiasm.”

“As we move into what is really a meeting space for our passionate journalists and expert contributors, Q13 News has a renewed sense of purpose and a sharpened focus which can only translate into better ways to serve our local viewers with all the news, weather, traffic and moments from a team you want to spend time with,” said Erica Hill, news director at KCPQ-TV.