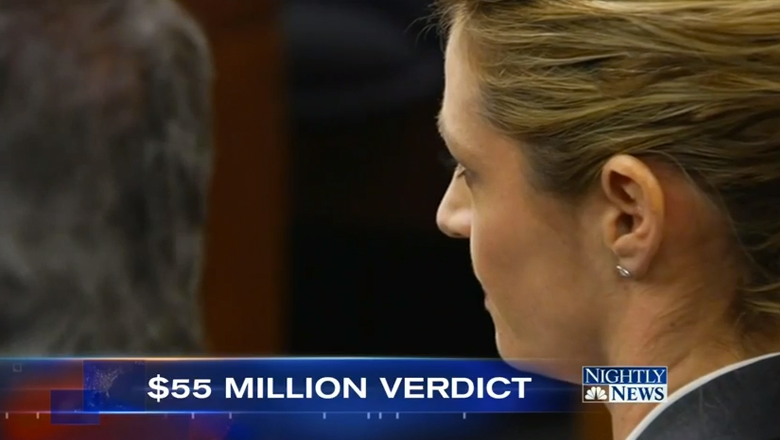 “NBC Nightly News” debuted some changes to its graphics Monday evening, including a significant bug update and addition of story banners.

The new bug now animates between the rectangular “Nightly News” logo in stacked lockup and a full color NBC News logo. The addition of the show logo is unique among network newscasts.

The animated transition between the two disparate looks is quite creative: the “Nightly” logo gets its outline “drawn in” by laser lines while the peacock “pops out” from the lower corner of the show logo’s version of it, changing to full color at the same time.

In addition, the broadcast added story banners that remain on screen much of the time. These graphics mimic the existing “Nightly News” design, but also adds a splash red in the lower left corner, which isn’t a shade found elsewhere in the package.

Along with the new story banners, the broadcast redesigned its lower thirds to match with what appears to be slightly larger typography. The show’s open and teases, the latter of which was redesigned in June, remain the same, at least for now.