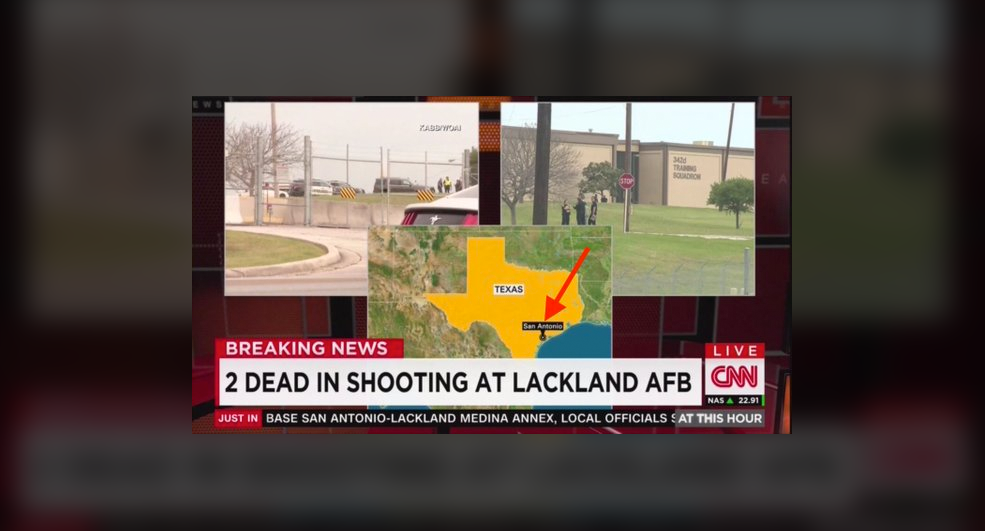 During its coverage of the Lackland Air Force Base shooting, CNN displayed a map of the military installation’s home — San Antonio, Texas. However, the network was off by about 150 miles.

The location the network identified as San Antonio is closer to the city of Corpus Cristi along the coast of the Gulf of Mexico; putting it roughly 150 miles away.

For comparison, here’s the actual location of San Antonio:

Dear CNN. Thats not where San Antonio is.. pic.twitter.com/jtUkEViAp2