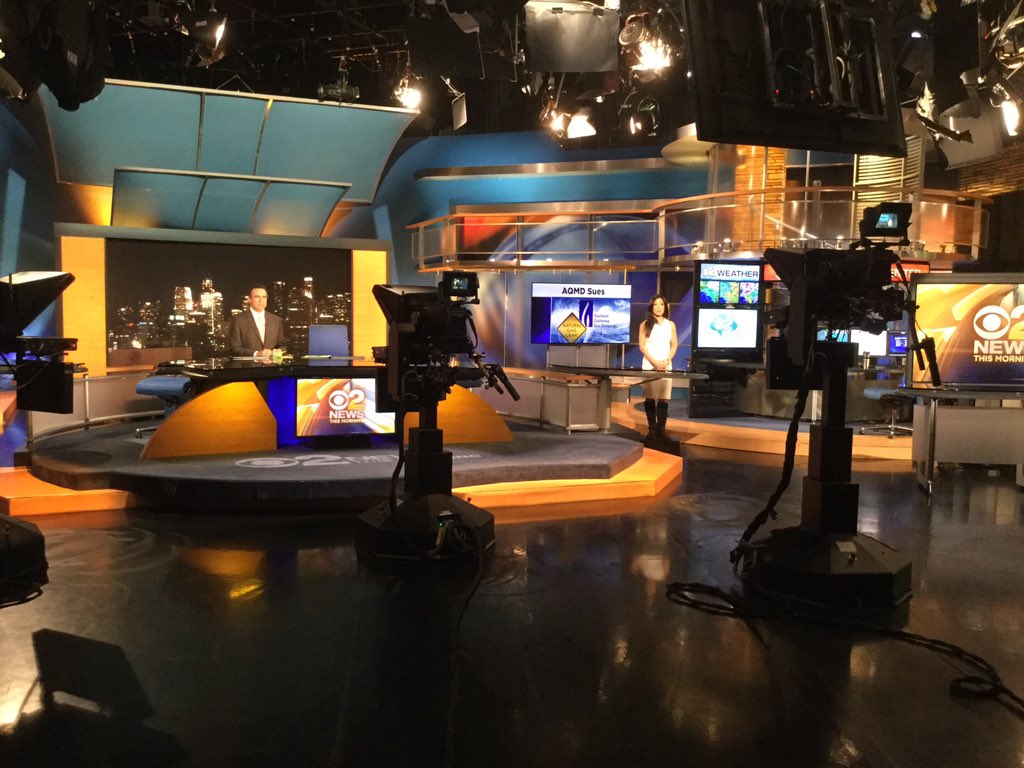 KCBS-TV, the CBS O&O in Los Angeles has been originating from the set of its sister station, KCAL-TV, and the national CBS desk in its newsroom this week as the station preps a new set design. L.A. anchors kill time by taking the set for a spin

The new set is expected to debut in the coming months.