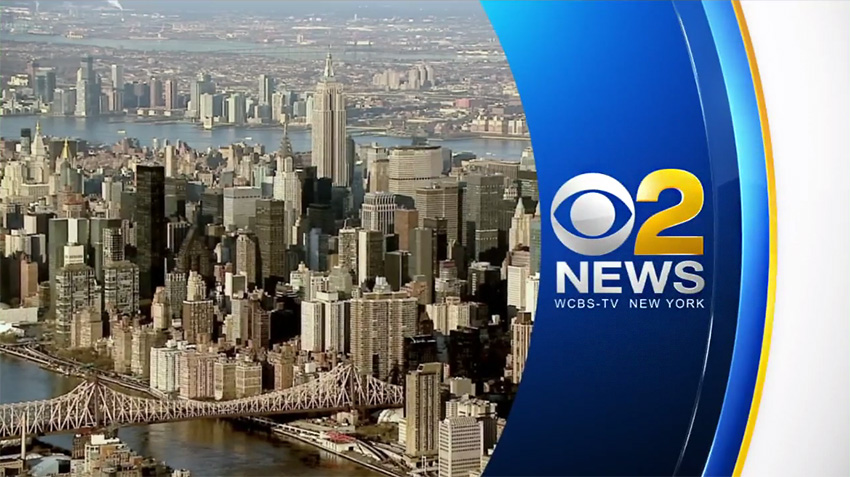 New graphics have started to appear on CBS O&O stations, including WCBS-TV in New York City and KCBS-TV in Los Angeles.

The new look, which builds upon the last design of emanating circles, will eventually filter down to all of the CBS Television Stations group. Gone is the glassy 3D world of the previous look, which debuted in fall 2013. The new opening starts with a series of concentric circles forming around the CBS Eye.

The Eye then slides to create a curved area for branding as a translucent curved piece slides across a cityscape shot which changes based on daypart.

This layered curve appears throughout the package, and includes gradients of dark blue and light blue, with a golden yellow stripe and glossy portion.

A new cut of Gari’s Enforcer news music package from Warner/Chappell Production Music is used for the opening. The insert graphics follow the design of the opening, with the lower third featuring a simple design that can be one or two lines. The package debut also marked the official change of the WCBS-TV logo, which we first reported in March.

Overall, the new package is flatter than the previous, in terms of design style, relying mostly on gradients and translucent elements.