Microsoft nudges Iowa station to update its computer — on air 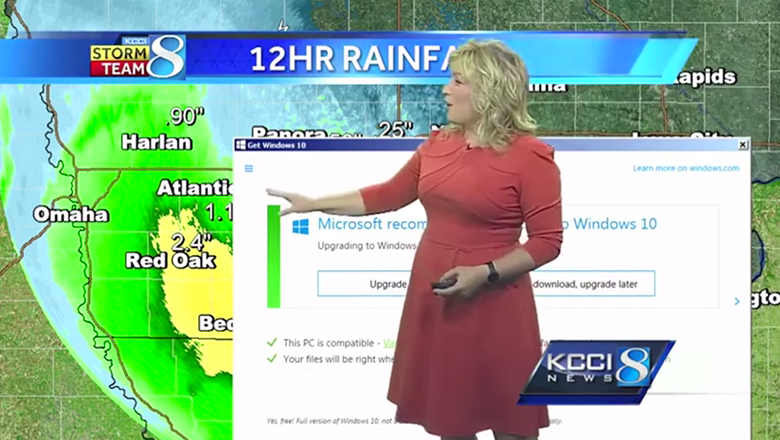 You know those pesky update reminders that are always popping up on your computer?

Well, one Iowa forecaster found herself getting one of those in the middle of her weather segment.

Metinka Slater, a forecaster at KCCI-TV in Des Moines, was just starting off her report when she pulled up a rainfall map from one of the station’s weather computers — only to find a good chunk of it was covered by a Windows 10 update reminder.

Slater appears not to notice the window at first, but likely saw the big white box over what’s supposed to be bright colors representing rainfall out of the corner of her eye. She glances off camera and appears to see the message.

“What should I do? Don’t you love when that pops up?” Slater said, before pointing out a few citifies the Big M hadn’t obscured from view and then switching to another video source.