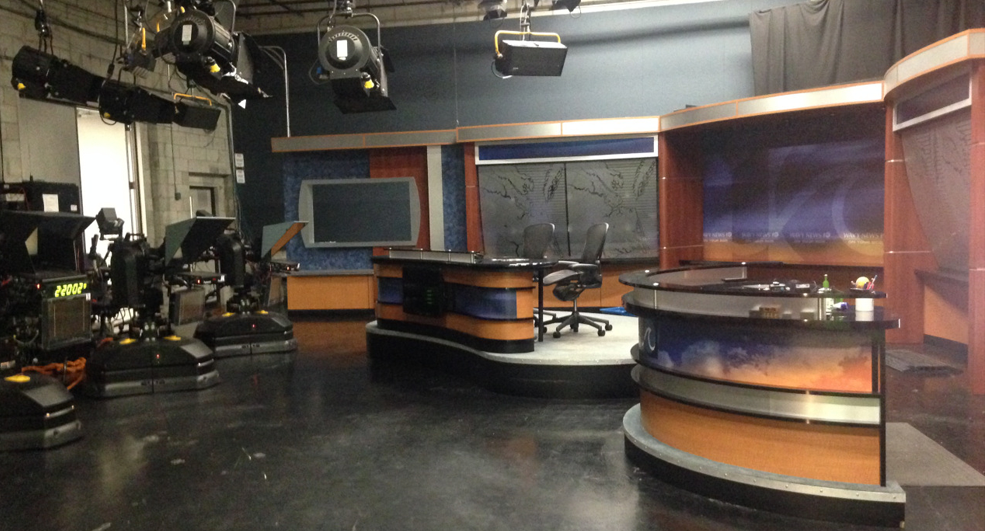 The station is working to install a new set, which it says will take a month.

The current set was installed in 2008 when the station converted to HD broadcasting.