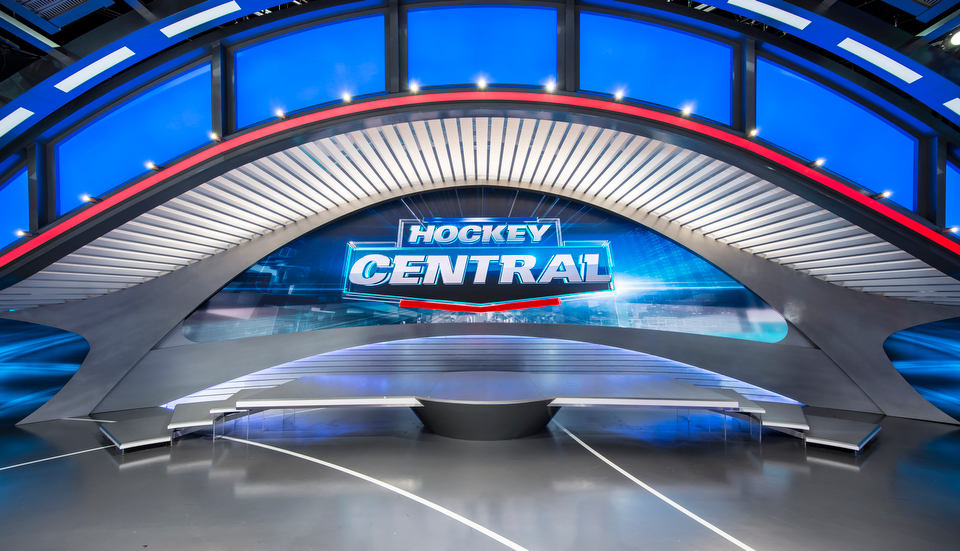 As video walls continue to drive studio design decisions and top the list of technology needs from local TV stations, we recently spoke with Avid’s Elad Dadon, Principal Product Manager for TD Control, about feeding these storytelling tools and their solution, TD Control.

Avid, with its purchase of Orad in April 2015, is now one of the leaders in studio display control and management, helping broadcasters combine multiple rich media sources into one high resolution display on-air.

NewscastStudio’s Dak Dillon saw the system firsthand at Sportsnet’s “Hockey Central” studio in Toronto, where it powers multiple displays, including the sets signature curved LED wall, inspiring this look deeper inside the technology.

Why should a station use a system like TD Control to feed graphics to on-set video displays? What are the advantages?

Avid’s TD Control video wall controller is one of the few systems which provide both video processing and real time graphics. TD Control includes: high resolution multiple outputs, rich content and seamless integration with the broadcaster’s production workflow, all packed together with an intuitive touch interface.

What are some of the ways that a video display control system can enhance storytelling, especially on the local TV news level?

TD Control provides The Weather Channel with a significant WOW factor without using any of the production switcher’s M /E or DVE resources. Full 3D effects and transitions are available independently or simultaneously across multiple monitors. Up to 16 live video insertions can be added into any monitor cluster to display a dozen or more live shots in boxes featured on giant video walls when a large scale weather event is being covered. The Weather Channel has unlimited graphics-layering capability and the ability to link graphics across many monitors.

Data integration enables the creation of tickers that can span multiple clusters. An internal 4k video clip playback enables the clusters to show full 4K resolution rather than upscaled resolutions shown by traditional wall processors. In addition, each processor has the capability to internally play back one 4K or multiple 1080i clips, without tying up any of the video inputs.

The deployment at the studio went flawlessly, especially considering there were only six weeks between the time TD Control was ordered and the on-air date.

What are some of the unique features of TD Control?

What are the general hardware requirements for a system like this?

What kind of video displays does TD Control work with?

Avid has an agnostic approach to video wall support and can be integrated with displays from many manufacturers; rear-projection, projector, LED, LCD and Plasma based displays can all be used with TD Control.

Talk a bit about how the system feeds monitors in a studio setting?

Given the large amount of monitors in a studio, operators often have difficulties knowing which playout will be displayed on a particular monitor and if the monitor will display the content in the correct resolution or aspect ratio. TD Control user interface mimics the walls’ layout so the operator is confident that he is working on the correct monitor and allows him to monitor the coming up next content prior to taking it to air.

How does the software behind TD Control allow stations to queue graphics and video and manage changes on the fly during live newscasts?

Using TD Control, broadcasters can populate graphic templates seconds before going on air ensuring its accuracy. Prior to playout, templates can be saved as “presets” and recalled as required.

If production requires, TD Control allows iNEWS (or other NRCS) to generate editorial content into the TD Control rundown which can be triggered by the TD Control operator or by an automated system. Producers and reporters can even prepopulate graphic templates in the newsroom software to be automatically updated in the rundown.

What is the capacity of the system? How many displays can be fed using one system? What’s the maximum that’s been implemented so far?

What type of training and personnel does stations need to then run the system, especially with the depends on a live newscast?

Does TD Control integrate with any newscast automation or “build your own graphics” systems?

Yes, TD Control is integrated with GV Ignite production solution using CII protocol. This integration allows the station to add TD Control to their current automated workflow and even enhance it.

The journalist populates the graphic templates with data on NRCS system such as YO, the rundown is then being imported into the Ignite playlist and into TD Control’s UI simultaneously. Then, according to the production workflow, Ignite triggers TD Control’s items in the rundown automatically to air, or alternatively, the operator can trigger the rundown items manually from the UI.

Additional newscast automations can be supported via the already implemented CII protocol.