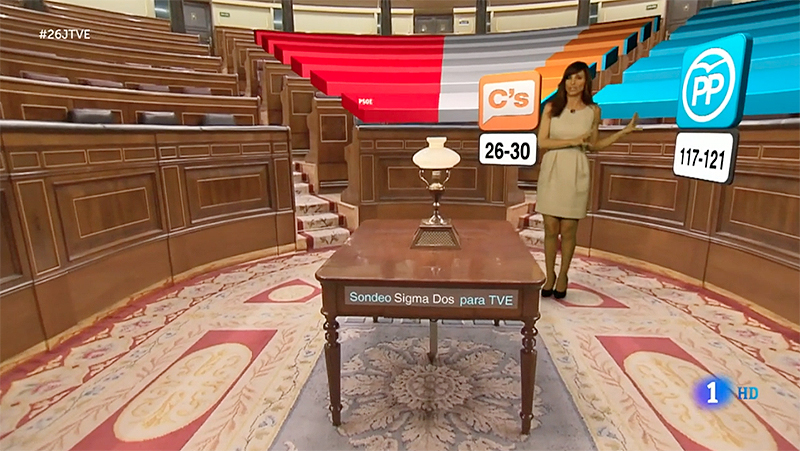 The real-time solution allowed TVE to have a presenter from their studio live within the main chamber of Congress. While in the chamber, the presenter also interacted with augmented reality graphics from Brainstorm’s Aston graphics system to breakdown the election results.

The use of the “TeleTransporter” technology was a first for Brainstorm, with TVE helping launch the patented product.

Rival network, 13 TV, also used Brainstorm technology for its on-air presentation during the general elections, opting for a turnkey solution that included multiple products for visualization and playout.