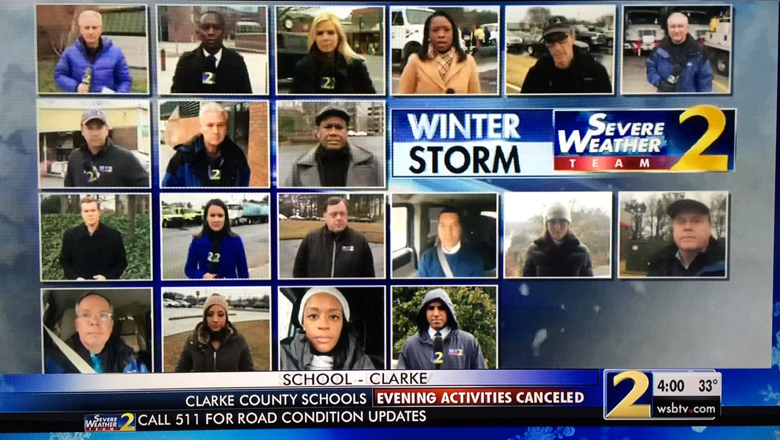 WSB in Atlanta, already known for reaching its epic 25-box during a winter storm in 2014, is once again thinking outside the box for its coverage of this year’s winter storm.

The station started out with a 14-box:

The station started with a 19-box:

WSB-TV is just getting started with a 19-box. pic.twitter.com/EEnLyP8yvr

Not content there, the station then proceeded to up the game with a 22-box:

Atlanta dead has a 22-person split screen on the news RN for 2-5 inches of snow, I'm so weak ??? pic.twitter.com/g1QDRIqHH4

Once again, we thought we’d give WSB a hand:

We thought we'd give @wsbtv a hand for tomorrow's boxes 😉 cc: @BuzzFeedAndrew pic.twitter.com/Gi1xvv5pkI