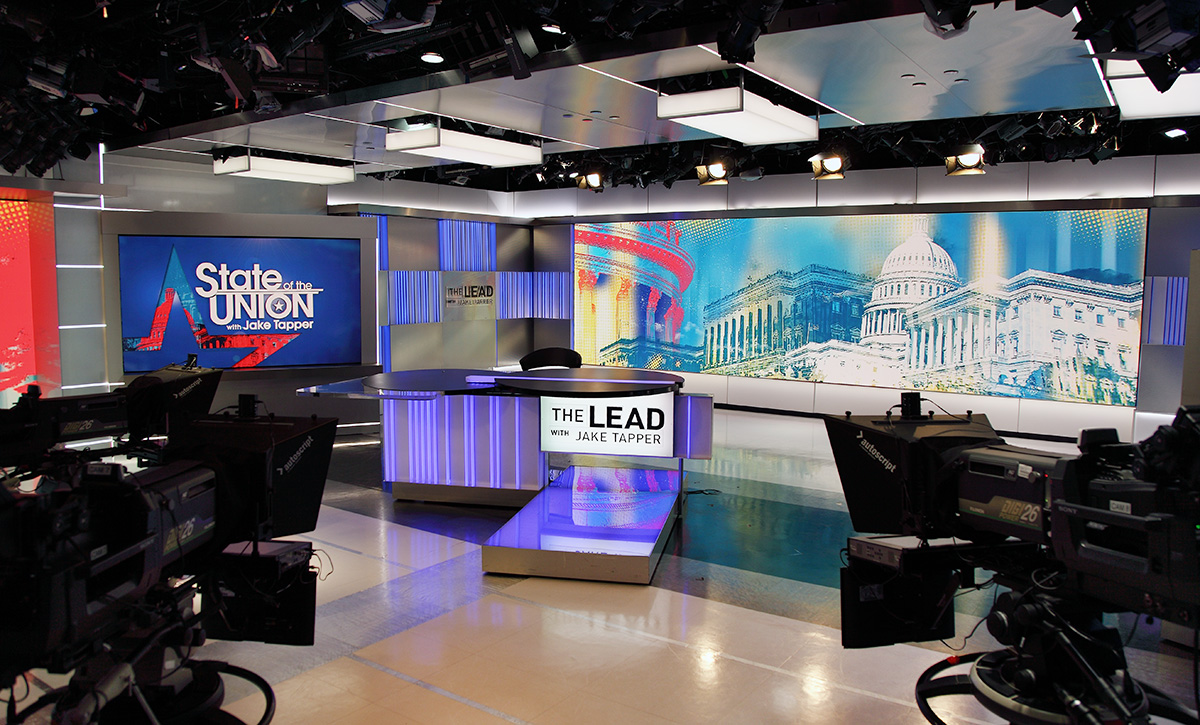 When CNN updated its Washington bureau for the election year, they wanted the latest in video wall technology, installed by Advanced.

“CNN is a pioneer in the televised broadcasting space. This installation set the bar for quality in visual reporting,” said David Weatherhead, president of Advanced. “CNN’s former LCD modular displays were difficult to shoot. They called on us to rectify the issue with high-resolution LED displays that would allow them to film creative, tight shots of the videowall itself. No other network in the world has a studio with 1.2mm pixel pitch LED videowalls. CNN has truly set the standard for modern television.”

CNN’s need for high-resolution video walls was driven by its unique style of filming, where anchors report and interact with displays regularly throughout a broadcast, such as “The Situation Room.”

“We presented CNN with the most innovative displays on the market, and Leyard instantly captured their attention,” Weatherhead said. “Together, we proceeded to conduct a wide array of camera tests to ensure that Leyard’s display technology looked nothing short of stunning on the screen.”

CNN uses unique camera shifts and tight zoom-shots that require a display with high resolution up-close and from a distance.

“No one could tell the difference between the source and the display of the source. This certainly demonstrated that these displays offer unprecedented imagery never before used on live television.”

After CNN selected Leyard, Advanced Vice President of Engineering Kevin Linton conducted extensive testing at the factory in Beijing as Advanced does with all large LED projects.

“The pre-installation testing is crucial to make sure that the video walls deliver the quality required by the client,” Linton said. “We had a very small window of time for the actual installation, so every element had to be perfect before it began.”

The deconstruction of CNN’s old system and the installation of the new system took two weeks total, debuting in November 2015.

Flexibility for the Full Studio

Advanced designed the large 1.6mm video wall with the capability to split it into two and flip over to be used in either Studio A or Studio B, both of which are set back-to-back.

To do so, they used a Christie Spyder X20 video processer that evenly divides the screen into two separate content streams. Now, CNN can visually divide the video wall in half, and use it in either Studio A or Studio B. To physically divide the studio, a retractable and movable wall was installed into the ceiling.

“The last thing that CNN wants is for their graphic display to black out on air,” Weatherhead explained. “To prevent this from happening, we designed a backup system for every single component for each videowall. If one power supply dies, another power supply kicks in automatically with no delay. This is the most resilient piece of equipment you can have, and it’s necessary in this particular application.”

At the project’s conclusion, CNN was satisfied with the final result.

“We’re so proud to be apart of this televised broadcasting revolution that CNN has started,” Weatherhead said. “These innovative displays will assist them in delivering the most comprehensive and compelling imagery, now and in the future.”