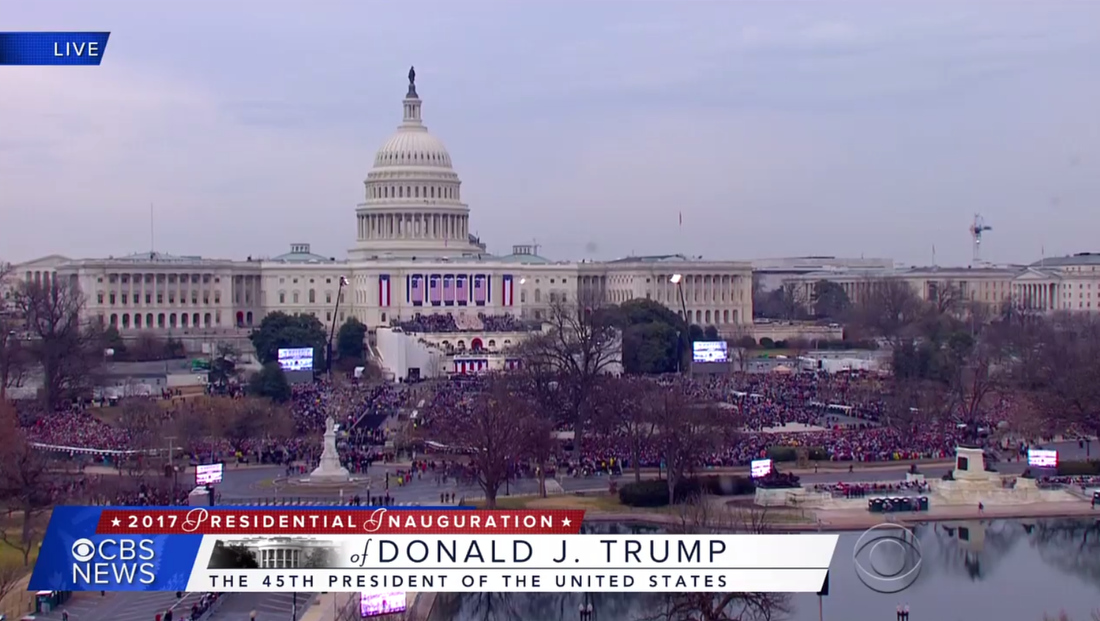 The look also includes vertical red and white stripes with a blue field of stars along with black and white photography.

That motif was carried through to the on-screen graphics, with a thick bar of stars, red, white and blue filling the entire width of the bottom of the screen. Additional graphics were stacked on top of this bar, including the lower thirds.