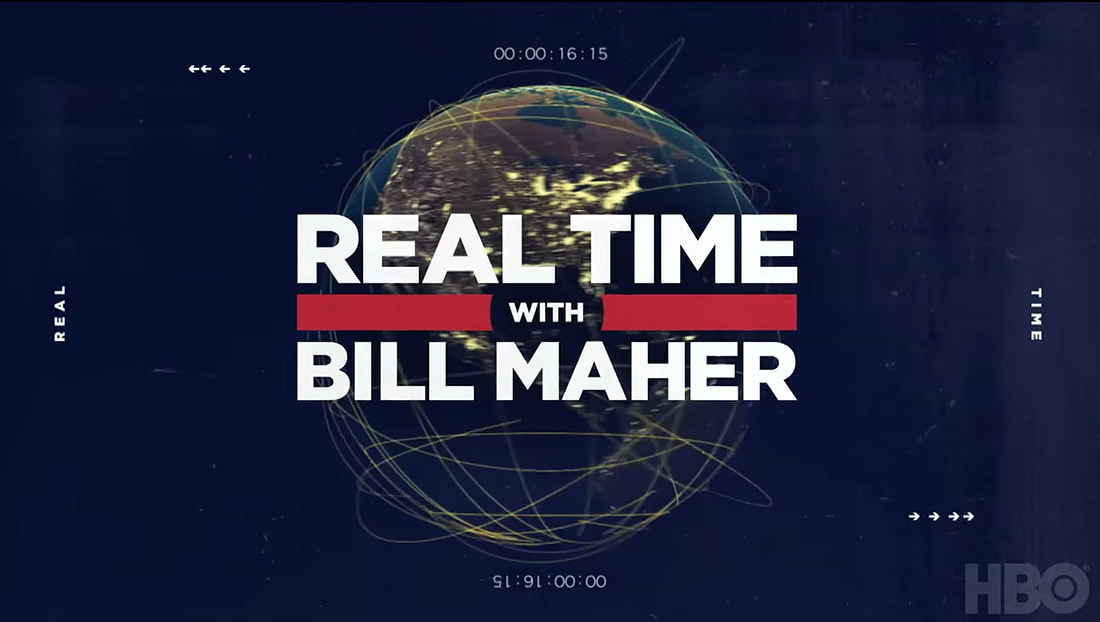 Bill Maher returned for his 15th season of ‘Real Time’ on HBO this past weekend with a host of changes, including updated theme music, new motion graphics and a completely overhauled set design.

The new look, which modernizes the show, keeps some of the same feel as the previous while also heightening Maher’s political views and the shows feisty panels of guests.

The fast-moving intro, which was created by Buster, combines photos, videos and bright colors in a take on society. Some of the imagery in the intro includes protests, green energy, war, drugs, hacking, sex, love, global warming, just to name a few. Video of Intro and Theme

While keeping a similar shape and layout, the show’s set was completely redesigned and rebuilt for the new season with production design by James Yarnell. One of the unique features of the upgrade is a sliding platform that moves the main desk closer to the audience after the opening segments. One panelist even joked, “is there a water slide,” about the change, which takes place after a wall raises to reveal the main guests.

A nighttime skyline of Los Angeles wraps around the studio with up and down lit slats providing a background for one-shots. Lighting design for the change was handled by Phil Callan, who’s been with Maher since his “Politically Incorrect” days on ABC. For the desk, the show keeps a similar shape and design, adding a glossy platform with underlighting.

“Real Time with Bill Maher” films at CBS Television City and uses a studio audience for its Friday night shows.

Update: After the first week, the moving wall was removed with the globe background serving as the background during the monologue, along with other small tweaks.