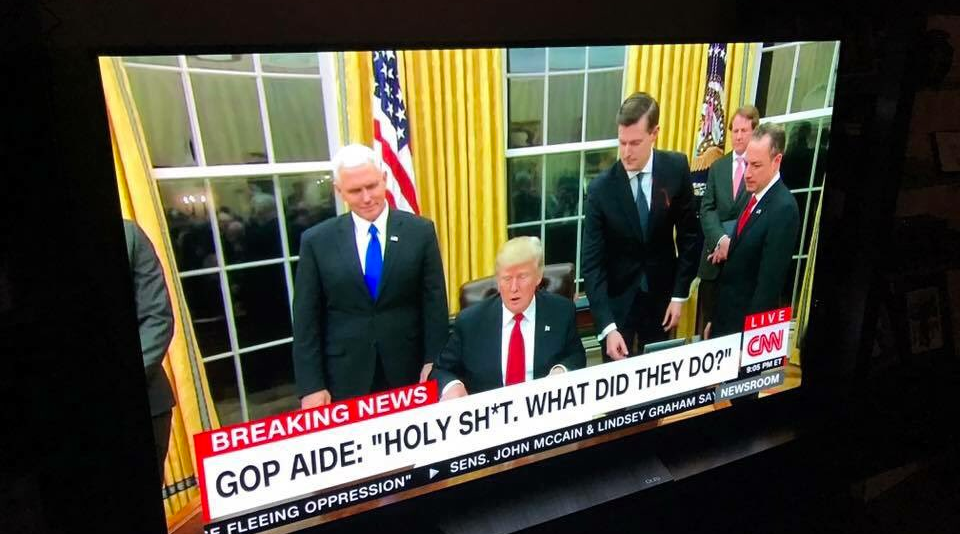 CNN, already known for getting sassy in its lower third banners, ran a banner over the weekend reading “GOP aide: ‘Holy sh*t. What did they do?”

The banner, which was aired during coverage of Donald Trump’s controversial actions during his first full week in office, was circulating online by Monday morning.

Dear @CNN, hold on to that chyron.
It's only Day 8, b*tches. pic.twitter.com/81Sqe8dkpH