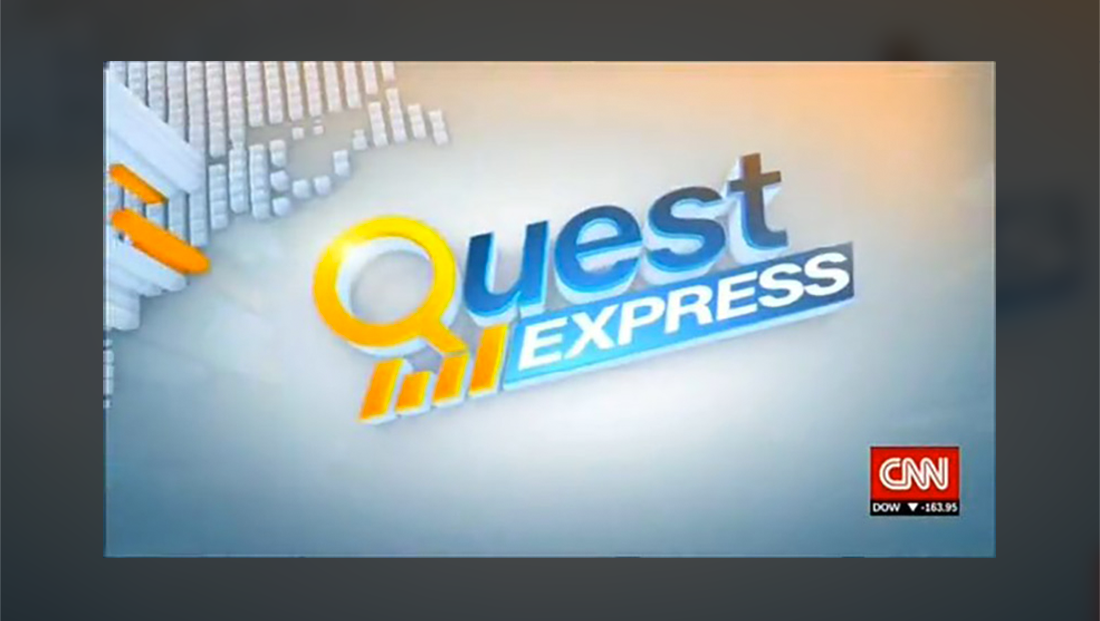 CNNI’s newest show, “Quest Express,” debuted Monday from a skybox overlooking the New York Stock Exchange, using graphics in place of a set to bring in the show’s branding.

Given that the NYSE skyboxes overlook the upper portion of the trading floor, which now features wraparound LED panels above the trading stations, the options for scenic elements were limited.

The background itself is also rather boring — though very recognizable — consisting mainly of metal pillars and rafters.

The show’s skybox space does allow for an in-booth guest, but no scenic elements were added.

Instead, the show makes use of expanded OTS graphics next to host (and the show’s namesake) Richard Quest featuring a 3D look that appears to be an effort to bring a bit of depth and branding to the show’s look.

The design of these graphics is angled, which could be meant to mimic an on-set monitor. The show’s logo, meanwhile, used italic sans serif typefaces with “Quest” appearing on top in mixed case. The “Q” in the word is yellow, with the “hook” of the letter pointing down into a series of four bar-chart style elements in orange. Next to these, is a lighter blue angled box with the word “Express” in all caps.