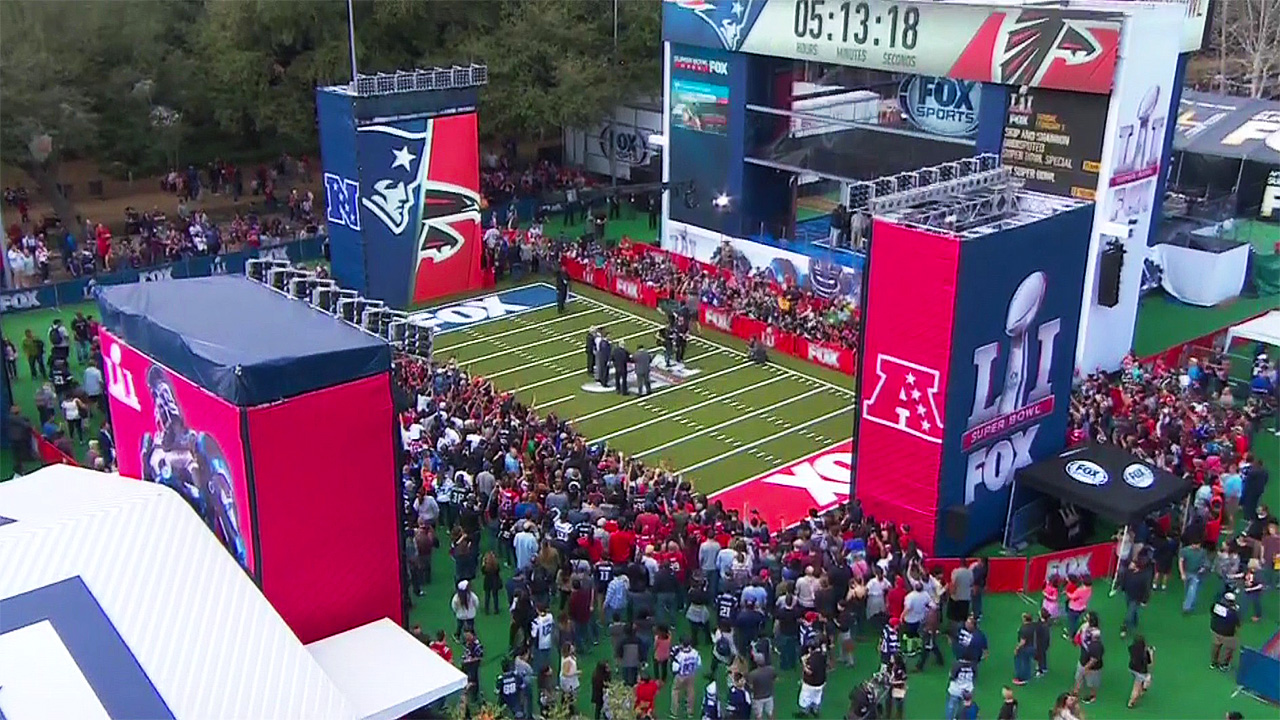 Since the entire studio cube was open to the crowds at Discovery Green, careful attention was paid to the placement of every element within — whether the anchor desk or areas such as the producer’s workstations.

“We pre-visualized the entire design in Cinema 4D, working directly with six separate directors and all producers,” explained Arther.

Behind the large cube, two of the LED towers next to the field allowed Fox to insert its own graphical elements into the environment. The two towers also helped obscure the temporary structures housing Studios B, C and D, which were used mainly for FS1 and Fox News — and also doubled as storage areas for set pieces.

This unique compound layout allowed all four studios to use the George R. Brown Convention Center as a primary background element as well as creating a feeling of cohesiveness between the broadcast networks and properties.

For Super Bowl week, all major FS1 and FS2 shows relocated to Discovery Green with each show receiving individualized design attention. Many shows, like “The Herd,” brought some of its signature style to Houston in the form of special set pieces. JHD also worked with Fox Sports to create a unique green room that was used primarily for social activation and Facebook Live streams. This space, which featured custom interior design to showcase 84 Lumber, was also used by talent in bump shots and for coming up segments. At NRG Stadium, Fox Sports rolled out the red carpet, literally, for the games, with a special pre-show setup. As well, the main wrap around programming came from a small set in the stadium.

All told, JHD Group worked with over 200 vendors and utility departments to give Fox Sports eye-catching environments that had the flexibility to host a large variety of shows and serve as a showcase for the network.