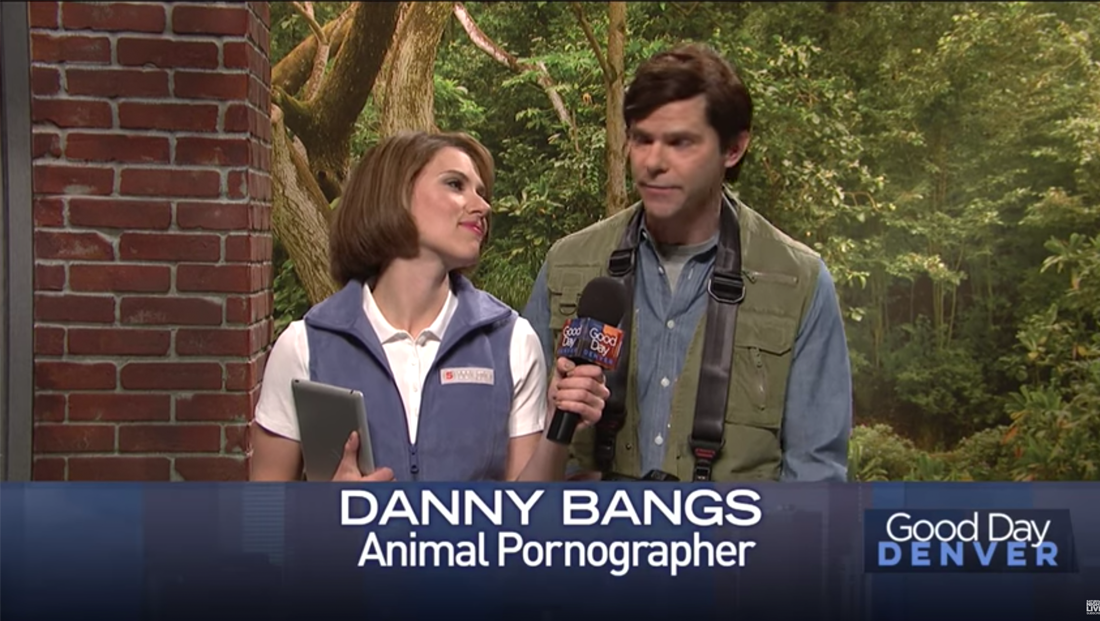 This weekend’s edition of “Saturday Night Live” had a sketch depicting a news interview that ended up full of double entendres thanks to a typo.

In the sketch, Danny Bangs, played by Mikey Day, was introduced on camera by the anchors (played by Cecily Strong and Bobby Moynihan) as an “animal pornographer.”

The pair later clarified their Ron Burgundy-will-read-whatever-is-on-the-prompter blunder to say Bangs is an animal “photographer.”

However, that message apparently didn’t make it to the the graphics person.

The lower third banners throughout the segment kept identifying him as an “pornographer” along with snippets that resulted in hilarious double entendres concerning animals.

The reporter interviewing Bangs, played by guest host Scarlett Johansson, oblivious to the error, read tweets coming in from confused and — in some cases — interested viewers.

Eventually the zoo even stepped in with a statement.