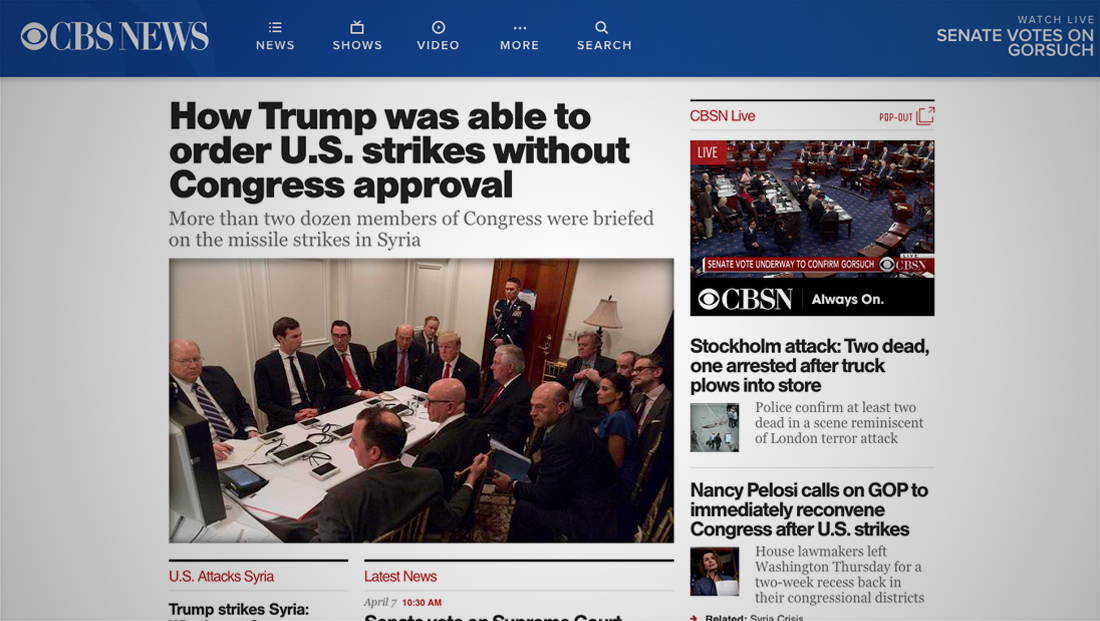 CBS News has redesigned the main navigation bar of its website to mix a simplified design with a so-called “mega menu.”

The new navigation bar is a solid blue with simple typography.

The broad news categories that most news sites are organized into appear under a general “News” menu item. Hovering on the link shows what’s known in Web design parlance as a “mega menu” (emphasis here on “mega”).

The menu features a sub-list of news categories along with a large panel featuring a top story and additional story and video thumbnails.

The new site also moves the network’s shows under a single dropdown menu — instead of the more common approach of having one-click access to each property’s homepage from every page.

As a way to emphasize the network’s increasing online live coverage through its digital streaming platform CBSN, a “watch live” blurb can be placed in the upper right.

Most of the rest of the site remains the same, including the bold, slightly condensed typography used in headlines, which is an interesting contrast to the lighter typography found in the header, which resembles that found in the “CBS This Morning” logotype and lower thirds. The site is, of course, responsive for mobile devices. One interesting feature is that, on smaller devices, the “CBS News” logotype disappears in favor or just the CBS eye logo.