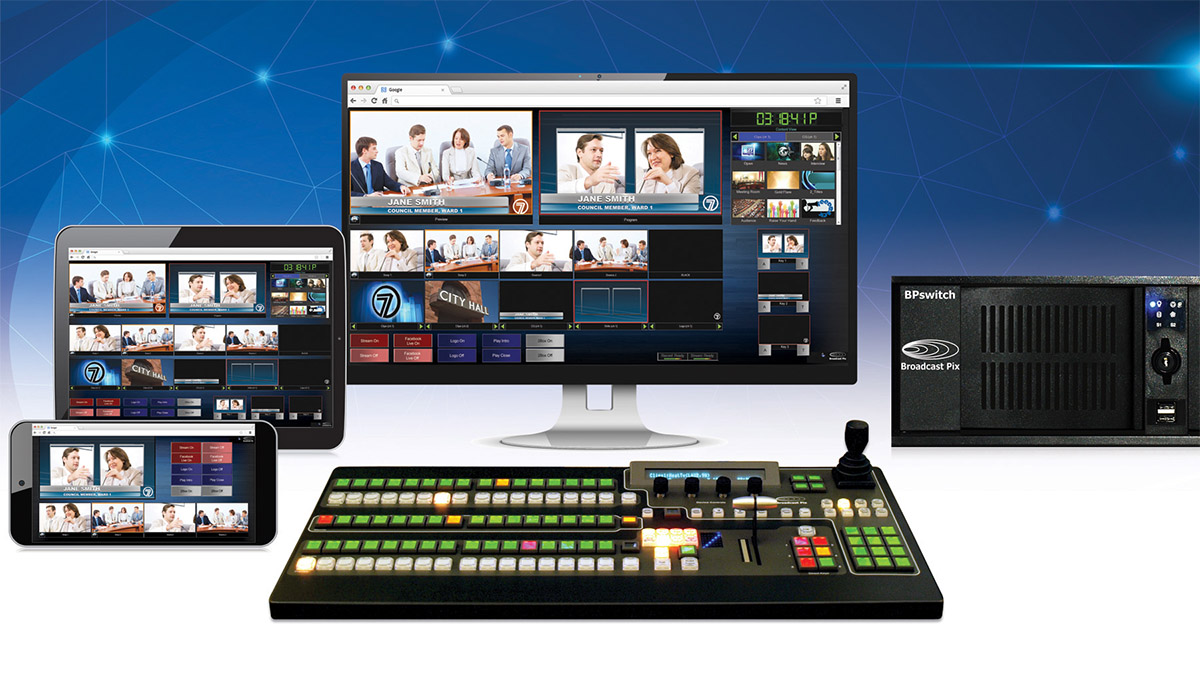 Broadcast Pix will roll out a new family of integrated video switchers during the upcoming NAB Show in Las Vegas, allowing control-over-IP via tablets or phones.

Launching alongside, BPswitch will allow switcher control via tablets, phones and connected devices, including in a browser. In a release, Broadcast Pix notes the app lets non-technical personnel easily execute live productions.

“BPswitch allows our customers to create great live video from anywhere on any device,” said Kevin Prince, CEO of Broadcast Pix. “We’ve effectively leap-frogged the industry by combining our patented networkable switcher technology with the cloud technology from our ioGates acquisition. I think it’s fair to call this disruptive technology, because it fundamentally changes our industry’s concept of a control room by distributing it.”

The new BPswitch models include the FX, MX, and GX, which provide up to 22 SDI inputs and 12 outputs. All systems also provide IP inputs and streaming to Facebook Live and other CDNs, and are upgradeable to 4K.

BPswitch models will ship in September and start at $11,990.