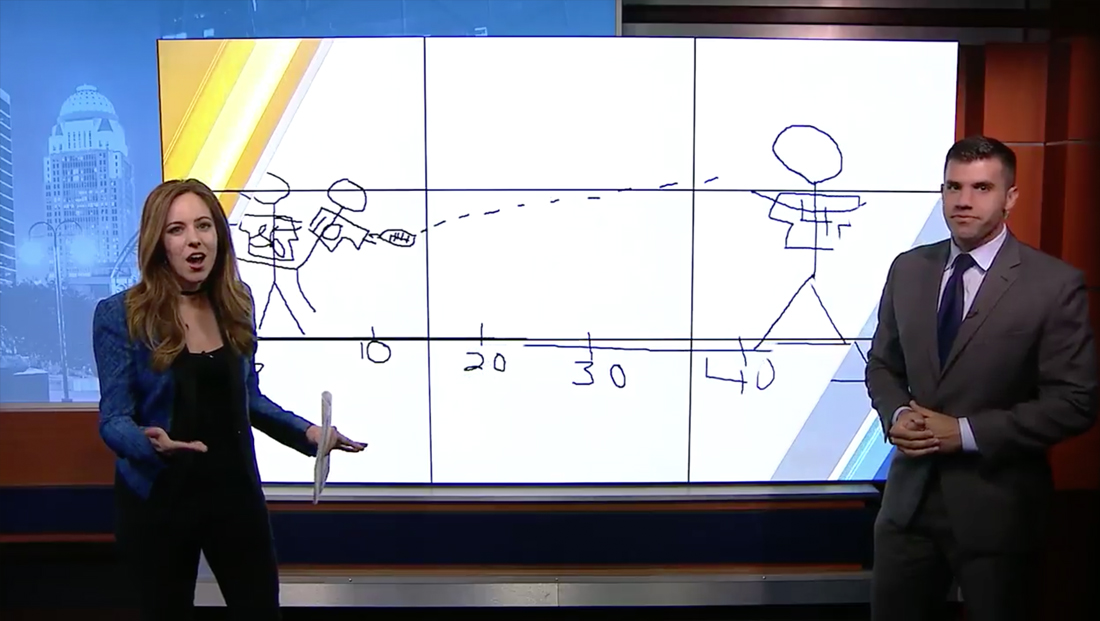 Instead, sportscasters Dan Koob and Natalie Grise delivered a report of the game that featured hand-drawn sketches shown on the video wall behind them.

We were not allowed to shoot the Louisville spring game so we had to improvise on Sports Saturday. pic.twitter.com/HHQ8DjpGCD