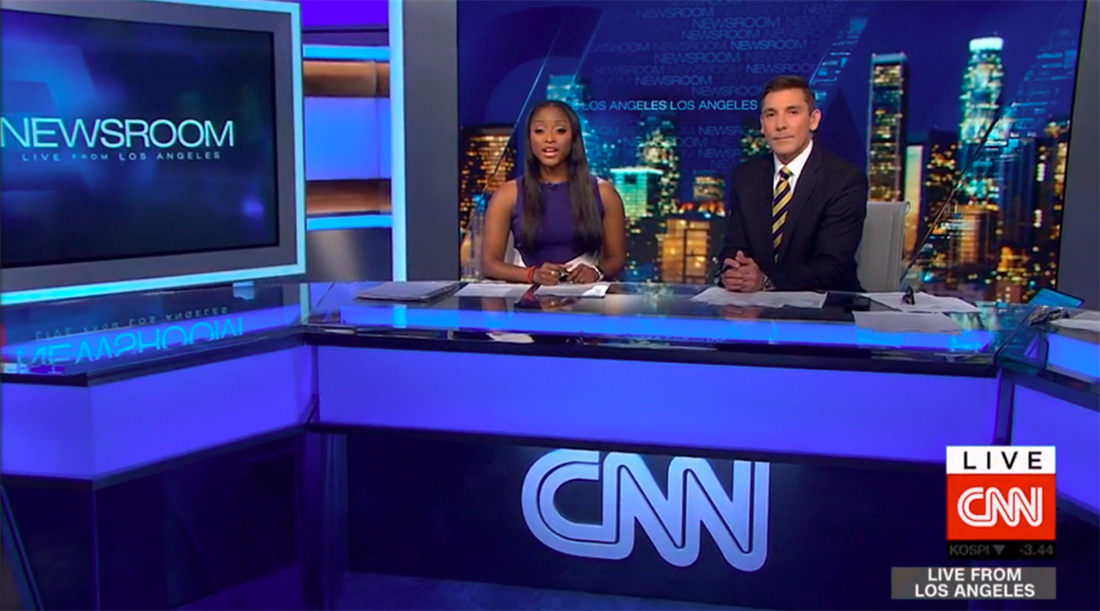 Another noticeable change includes a new desk system, which can transform based on the show and format, able to accommodate multiple hosts or panelists. The standing height desk, as well, can be used for standups with nearby monitors. Carol Costello’s “Across America” will use the studio when it debuts later this month on HLN, along with “Michaela.”