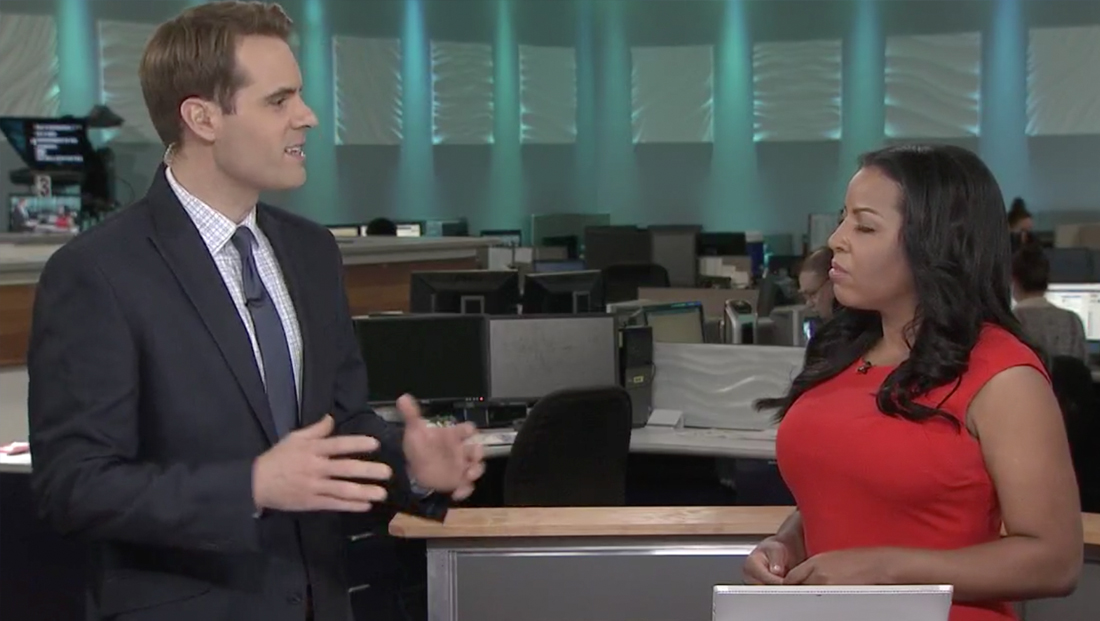 For this newscast, the same newsroom set is used, but with the walls changed to a teal-blue hue, as opposed to the tan color scheme the morning show, “10 News Brightside,” uses. The station also uses a standup area with Microsoft Surface touchscreen and a new 3 × 3 video wall for its weather forecasts.