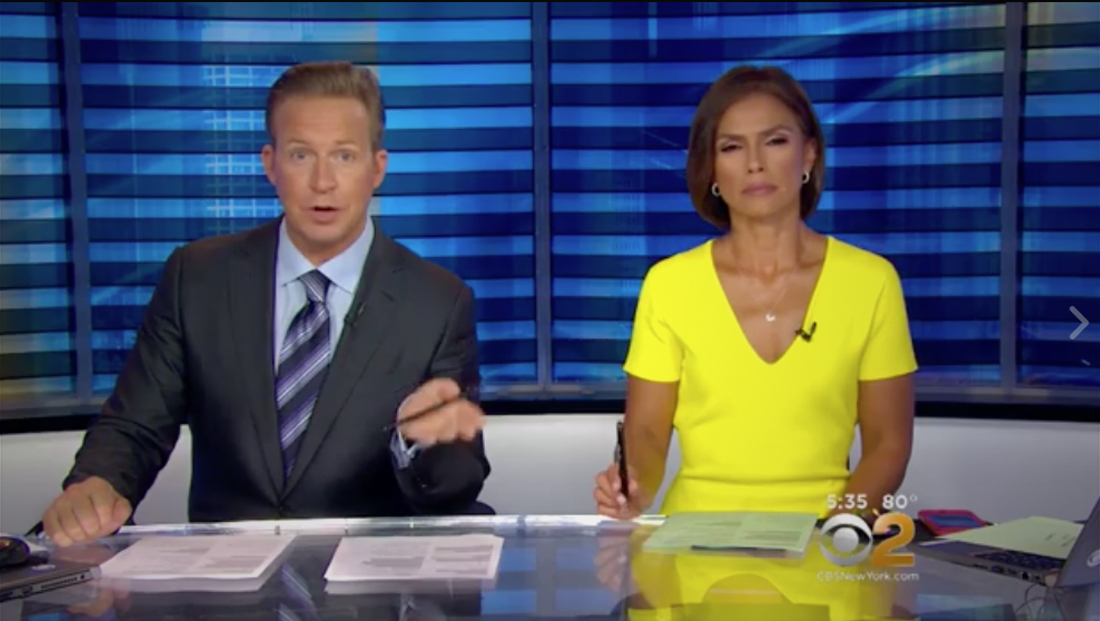 WCBS, CBS’s flagship O&O in New York City, bid farewell to its main news set and moved to a temporary set Tuesday as it prepares for a studio overhaul.

Anchor Chris Wragge posted a photo saying the station would be “closing the doors on Studio 46” for a few months, with a new set debuting in September.

The station had been using the set, from Jack Morton PDG, since 2011.

The set update follows recent upgrades and investments at other CBS O&O stations including KCBS in Los Angeles and KOVR in Sacramento.

While the new set is built, broadcasts are originating from a temporary setup that features horizontal banding in front of a muted cityscape.

WCBS seems to be a fan of that horizontal banding — here’s the temporary setup it used back in 2011.