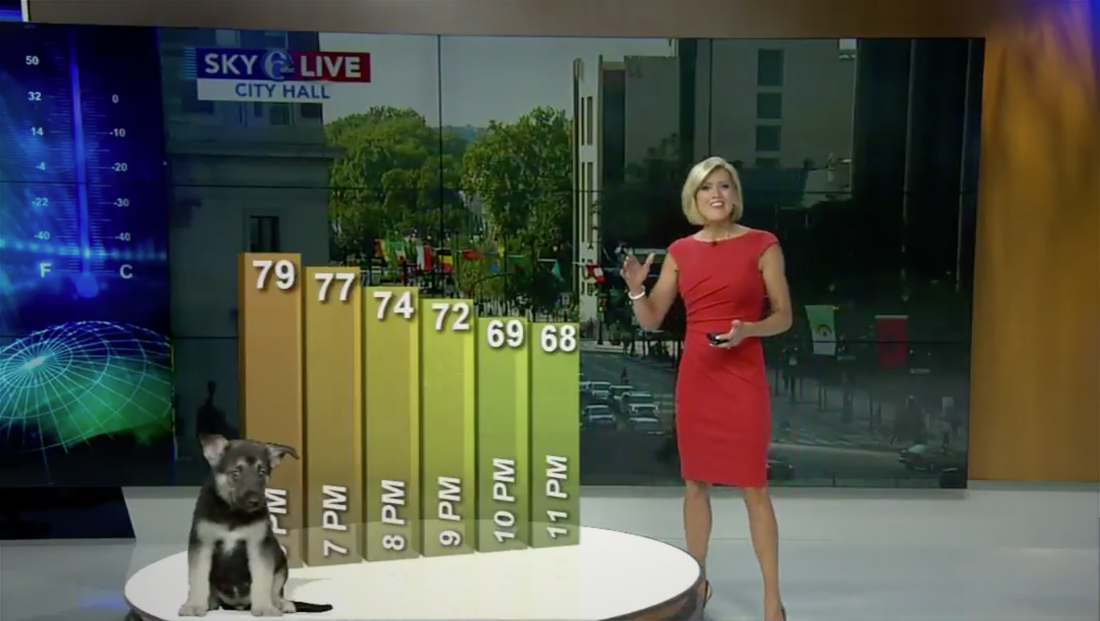 Apparently eager to show off the new augmented reality feature it debuted along with a new set and graphics package, Philadelphia’s WPVI paraded out a virtual dog.

As she mentioned that temperatures would be ideal for dog walking, imagery of a young dog appeared on the virtual platform next to the colored bars.

The dog itself appeared to be a composited video of an actual dog, as opposed to a 3D rendering of a dog.

DOG-MENTED REALITY: Our new set brings not just the latest technology, but lots of cuteness as well… @CecilyTynan pic.twitter.com/FBgAW3KIjL