By gondola, bike and foot — watch this epic newscast opener 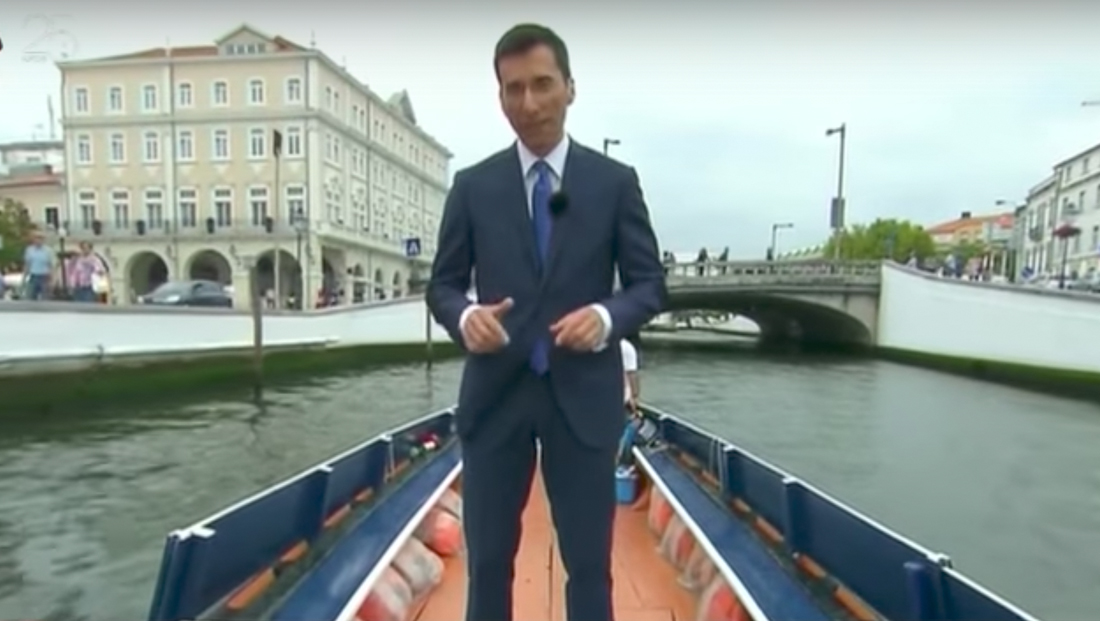 SIC’s Primeiro Jornal is kicking off its 25th year in the Aveiro, Portugal — and decided have anchor Bento Rodrigues kick off a recent broadcast in an interesting way.

Rodrigues started standing in one of the city gondolas, capturing the ride at first with a drone before switching to a handheld camera on the boat itself.

Aveiro is often known as the “Venice of Portugal.”

The boat then docked and Rodrigues hopped on a bicycle to continue down the waterside road — still followed by a moving camera.

He eventually dismounted the bike and walked the remaining stretch to a large outdoor setup where he hosted the remainder of the show from.