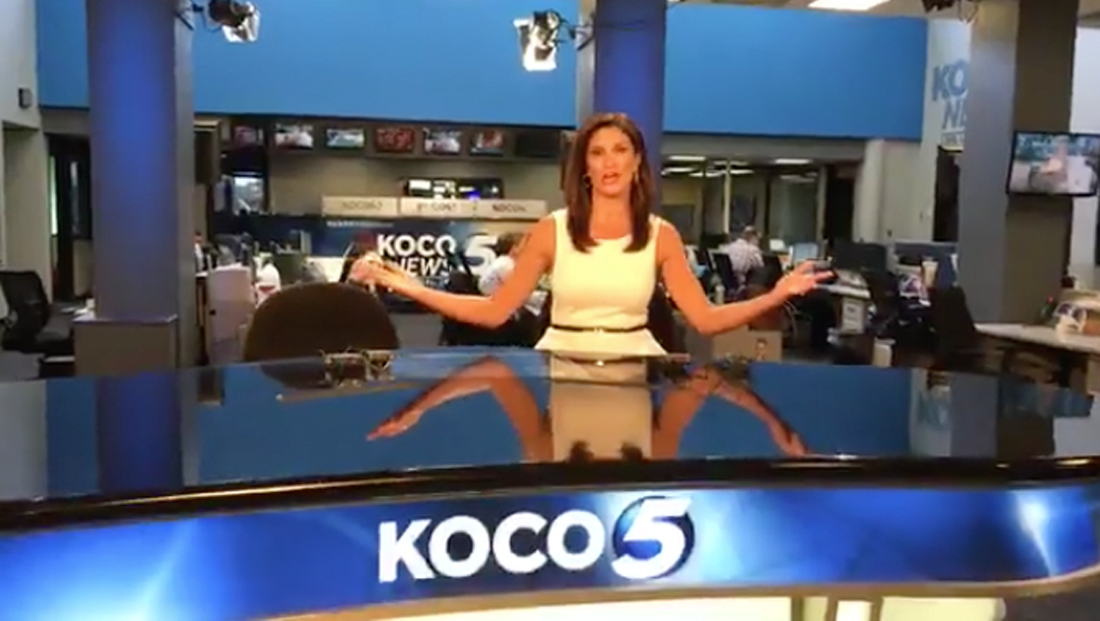 KOCO, the Hearst-owned ABC affiliate in Oklahoma City, has moved to a temporary setup in its newsroom as it prepares to install a new set.

The station has used its current set for over 10 years, though it received updates to the duras and anchor desk over the past decade.

Meanwhile, the set’s latest anchor desk has been moved to the newsroom, where the anchors will report the news during the installation of the new set.

Anchor Jessica Schambach took viewers on a tour of the temporary setup and old studio on Facebook Live: