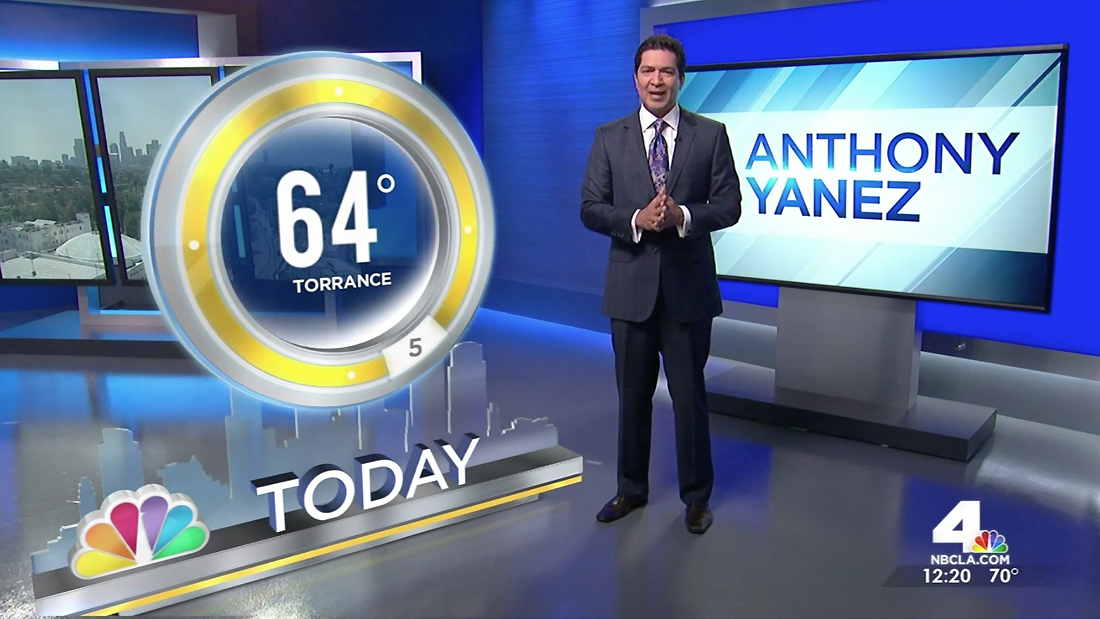 Augmented reality and weather forecasts seem like a perfect pairing — since that advent of chroma key, weather forecasts have relied heavily on digital effects and graphics-rich with data driven storytelling techniques that seem made for AR.

Of course, with augmented reality, weather forecasts gain a much broader canvas to work with, instead of simply replacing the bright blue or green wall behind the forecaster with a graphic feed from a computer.

Graphics, through augmented reality and virtual reality, can be inserted digitally in almost any shot, including outdoors, and technology makes it possible for forecasters to interact with the graphics and maps in new and exciting ways to help add visual interest and differentiation to their broadcasts. However, despite its advantages, industry leaders see the world of broadcast in the early adoption phase of AR in weather forecasting.

Stations will also need to be able to create content quickly and easily. This still continues to be a challenge, but improvements are being made, notes Boss.

Content creation is just part of the puzzle, notes Boss — pointing out that the everyday use of AR graphics for weather hasn’t quite become mainstream. “The Innovators on the AR adoption curve produced quite a bit of ‘eye-candy’ content that you wouldn’t use every day, but now content must be seen as something that can be used in every newscast to justify the expense for early majority,” said Boss.

“It’s interesting that sports coverage has really pushed many early AR-type presentations, but weather is also ideally suited for AR due to its four-dimensional nature. There is some inherent value to that, but broadcasters must make sure they aren’t losing good storytelling for the sake of something that looks cool,” Boss added.

Bill Dow, who heads up the media and management division of The Weather Company, also notes that augmented reality can draw in more viewers. “We’ve found that 64 percent of viewers would tune in longer to a television broadcast if augmented reality were part of an upcoming segment. Through the use of dynamic 3D images of storms and atmospheric events the broadcaster can hold the audience’s attention longer and attract the younger demographic audience advertisers covet,” he said.

Dow notes that this is all possible without adding any expensive studio space or scenery, but integrating AR into a station’s infrastructure still requires careful planning.

“In addition to working with the news director and meteorologist, it is also important to get the staff engineering, management and graphics involved early. To get started with AR, we recommend that stations start simple – they don’t need to create a fully virtual environment from the beginning. We recommend that stations start by introducing a few augmented elements into the show so that everyone can get comfortable then increase their use and sophistication at a pace that works for all involved,” said Dow.