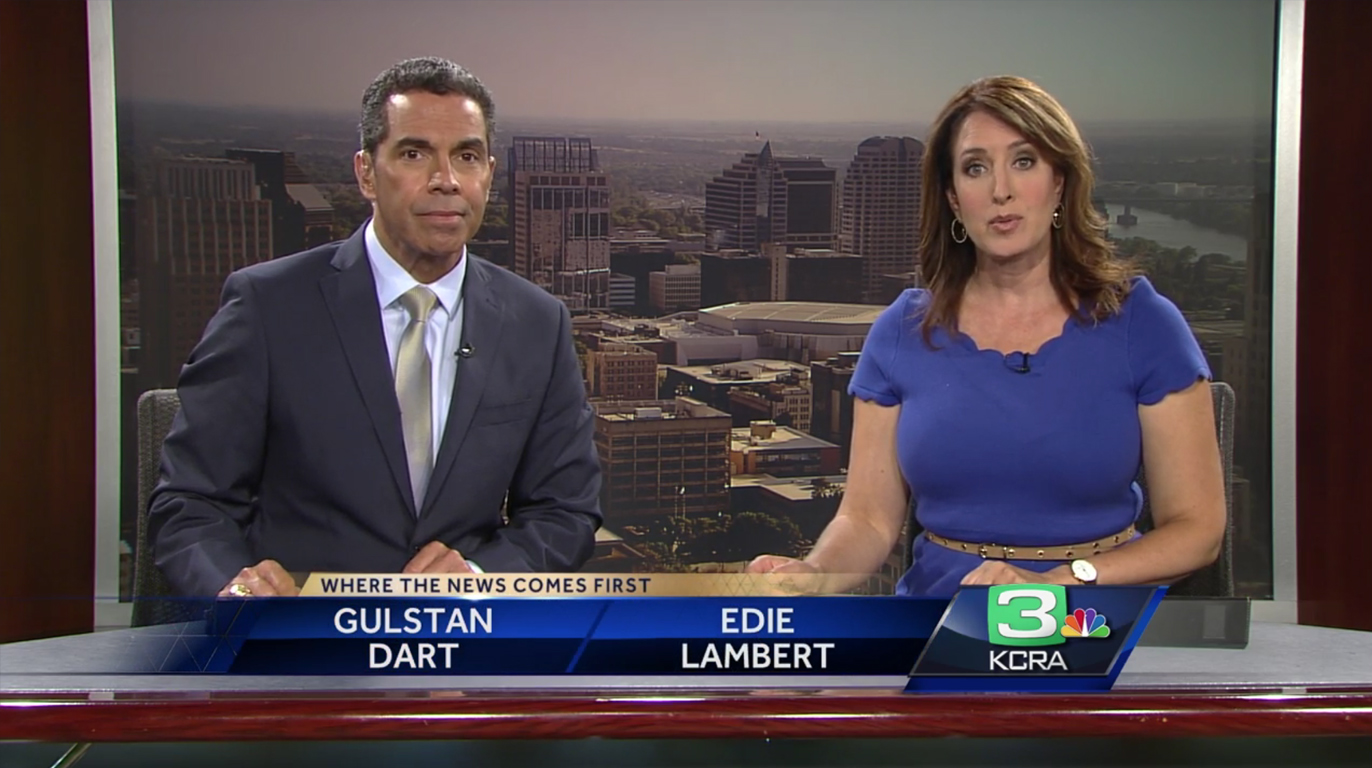 Hearst Television’s KCRA, the NBC affiliate in Sacramento, California, has moved to a temporary set.

The station’s newscasts are now originating from in front of a cityscape background that changes depending on the daypart, framed with simple wood toned columns. The camera right and camera left shots, meanwhile, have been changed to a printed background of the Hearst “diagrid” pattern.

Weather is also being broadcast from an alternate weather center, which features a portion of an oversized logo and some workstations behind the talent.