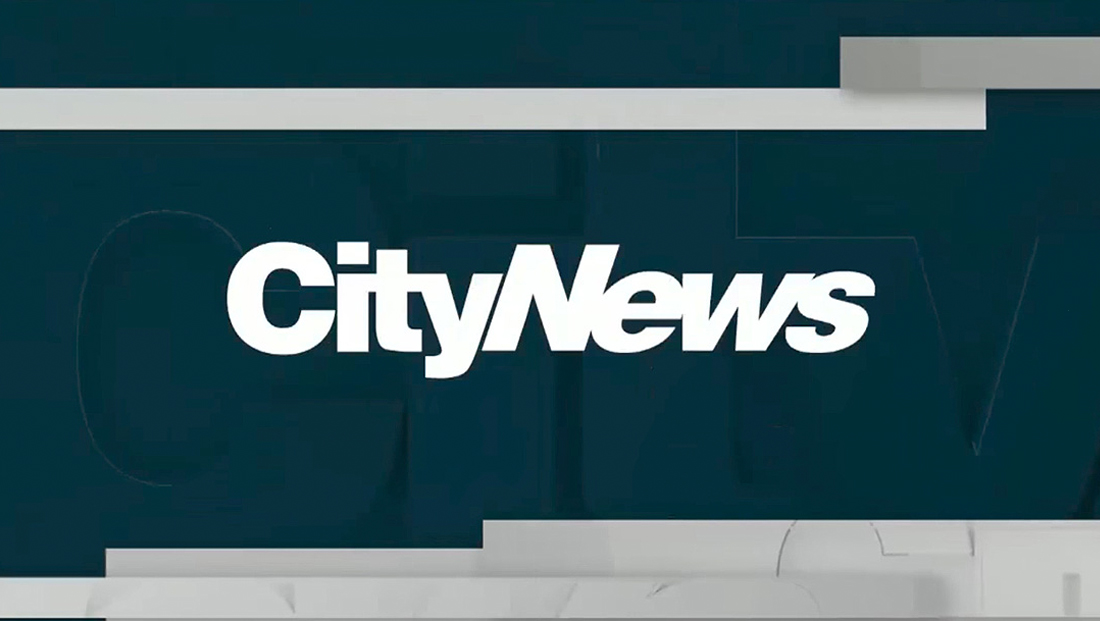 The broadcast has retained its stylized “CityNews” logo that features an italicized “News” slanted to match the angle of the right side of the “y.” In this graphics package, the logo is typically kept a solid color that lets it stand out in high contrast to the background behind it. Two versions are used — one with a dark blue background and white lettering, another with a gray background and blue logo.

Both background designs include oversized version of the word “city” with a subtle shadow.

Meanwhile, these designs also feature staggered rectangular blocks that also allow a bit of the typographic background to show through.

The clean, straightforward look is carried through to the insert graphics, which make use of the same bold color scheme. The lower thirds feature the “CityNews” logo to the left in a dark blue rectangle, while a white-ish area to the right that takes up most of the screen width is reserved for both identifiers and story banners.

A lighter blue box on the far right of the screen offers abbreviated weather forecasts, while a compact, semitransparent lower line includes both a ticker and current time bug. Aside from its logo, which is used a Helvetica-ish typeface, the new graphics make use of Proxima, a popular font in television news graphics today, though a bit of an add choice given the prominence the “CityNews” logotype plays in the design and the challenges of using two similar sans serif typefaces in the same look.