Covering the eclipse: How the networks covered the sky’s big day 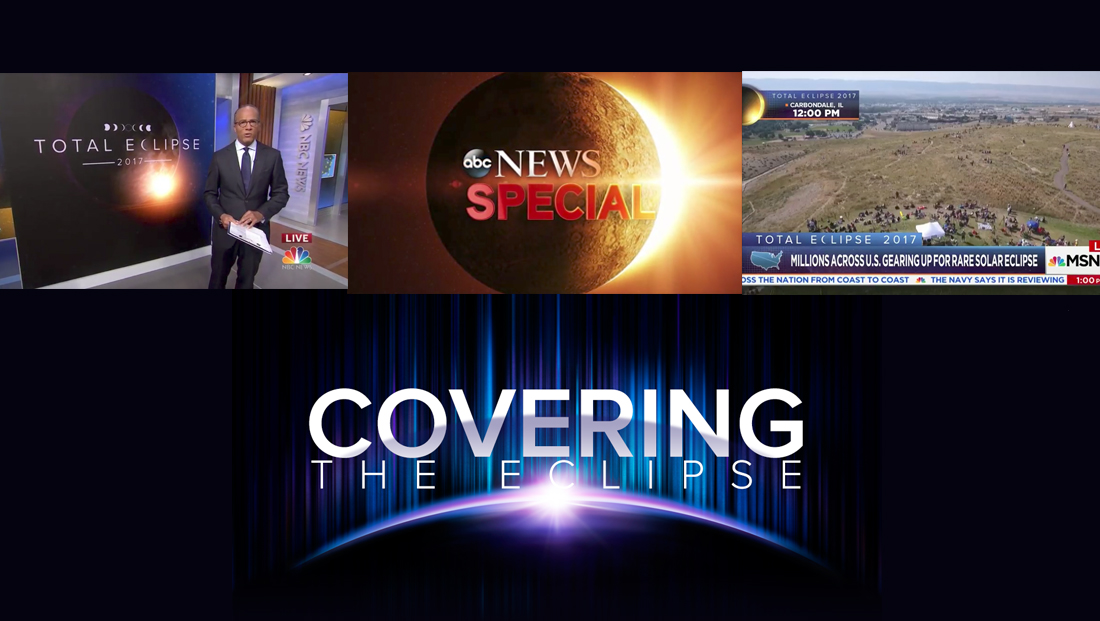 Anchor Anthony Mason then was shown on screen walking through an outdoor watch party before a quick variety of images were shown.

CBS News then switched to the title card before Mason came back on screen before a series of animations were shown explaining the science behind an eclipse. The report also included a branded bar along the bottom and a glowing ball behind the CBS bug in the lower right corner, a look that was also used at the very start of the special.