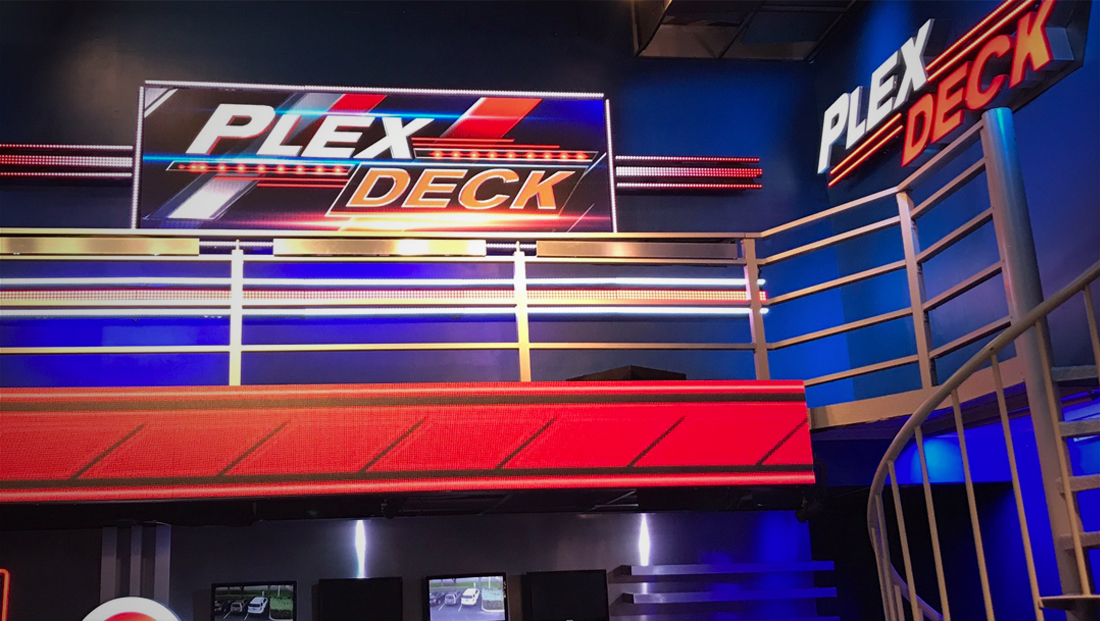 WSVN’s newscasts are known for being over the top — but now the news can be “shouted” from the rafters.

The Sunbeam Television owned Fox affiliate in Miami added what it affectionately calls the “Plex Deck” earlier this summer, reports the Sun-Sentinel.

The space, which is essentially a corner of the balcony that wraps around the upper level of the station’s working newsroom set, is used as a in-studio standup area.

The name comes from the station’s name for its newsroom — the “newsplex,” which is often shortened to the “plex.”

The new area, which lies on the camera right side of the mezzanine level near the spiral staircase, features a wide video panel along with dimensional lettering labeling the area.

The choice of the word “deck” could be have been inspired by the “Fox News Deck,” the set that Shepard Smith uses in New York City, although WSVN and Fox News Channel aren’t related from a corporate perspective other than the Miami station’s network affiliation.