As Harvey intensifies, so does TV coverage 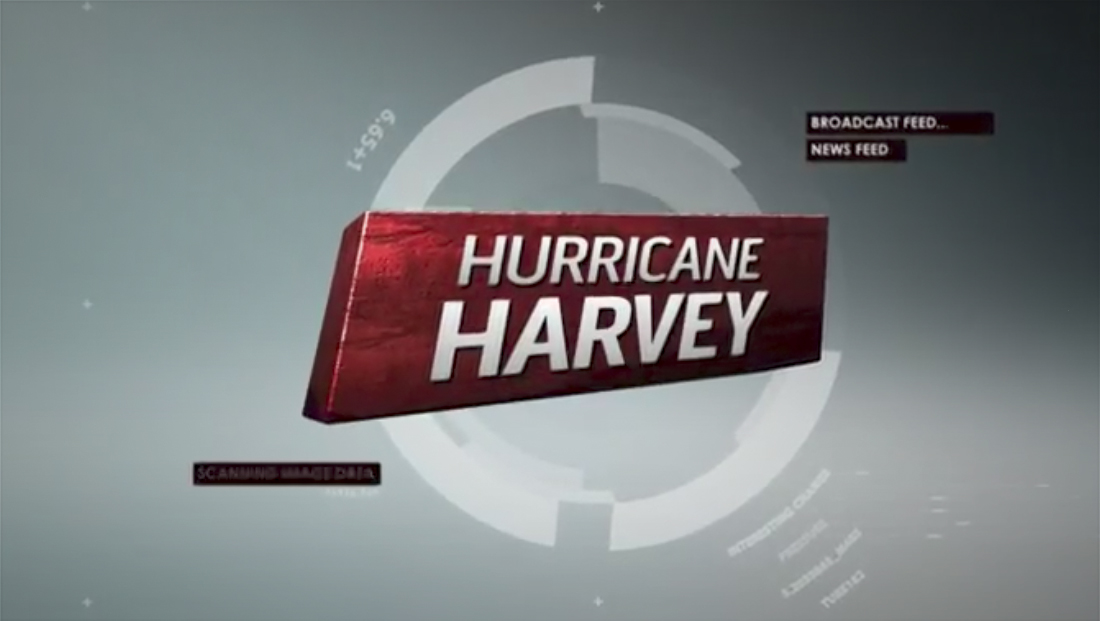 After topping the evening news Thursday night, the major broadcast and cable networks offered up souped up coverage of Hurricane Harvey Friday, Aug. 25, 2017.

Networks blow in with big Harvey coverage on evening newscasts Following with tradition, ABC News‘ “Good Morning America” used a text-heavy logotype for its coverage — labeling its coverage under the name “Hurricane Harvey: State of Emergency.” The show then used its in-studio video walls to display a radar loop and quick facts, before the handheld camera view swung over to the other leg of the panel to showcase the network’s team coverage. These video wall backgrounds featured a bright blue and teal image of a stylized view of a hurricane from a satellite. The camera then wound its way through the studio’s labyrinth of hallways where Ginger Zee was standing by with two video walls boasting additional maps.

Quick look at how some local Texas stations are covering #Harvey pic.twitter.com/y2C8tUSPAw

Zee then used the space’s vertical panel to toss to a live field report.

During its Harvey coverage, “GMA” also included a radar loop in the lower left and changed its lower third insert graphics background to a dark blue cloud motif.