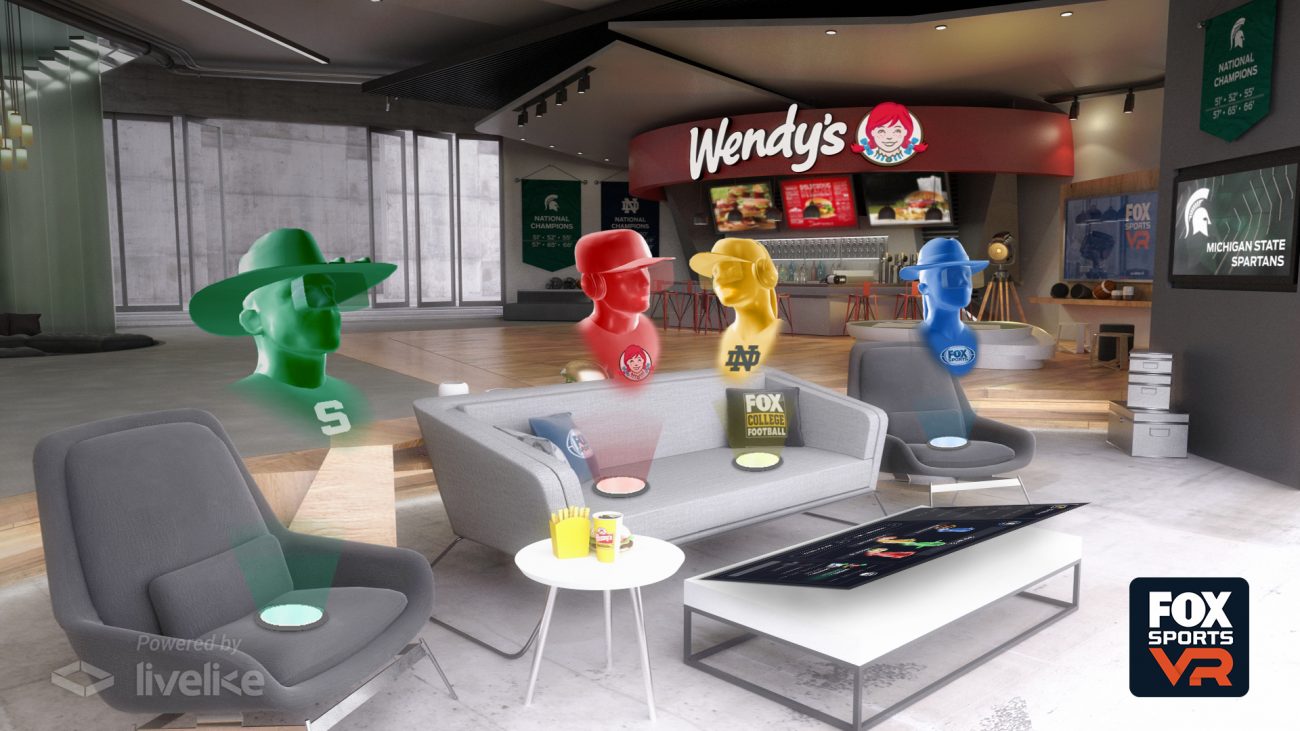 Fox Sports will provide a “virtual suite” this weekend as Notre Dame and Michigan State face off through its Fox Sports VR app.

In the virtual reality app, viewers will be able to watch the game from various cameras in the stadium while also interacting with other in-suite avatars. A 360-degree Skycam will also provide a unique angle for users of the on-field action, which will be live-streamed on the app, Twitter, Facebook and YouTube.

“FOX Sports continues to accelerate the development of virtual reality as a unique complement to our overall package of sports offerings,” said Jeb Terry of Fox Sports. “With the debut of social VR with the Gold Cup in July, and now the addition of the Skycam perspective, we continue to strengthen an already robust offering to both viewers and advertisers.”

Fox Sports has again teamed with LiveLike to present the VR experience.