Welcome back, Gracie: ‘Will & Grace’ returns with updated design 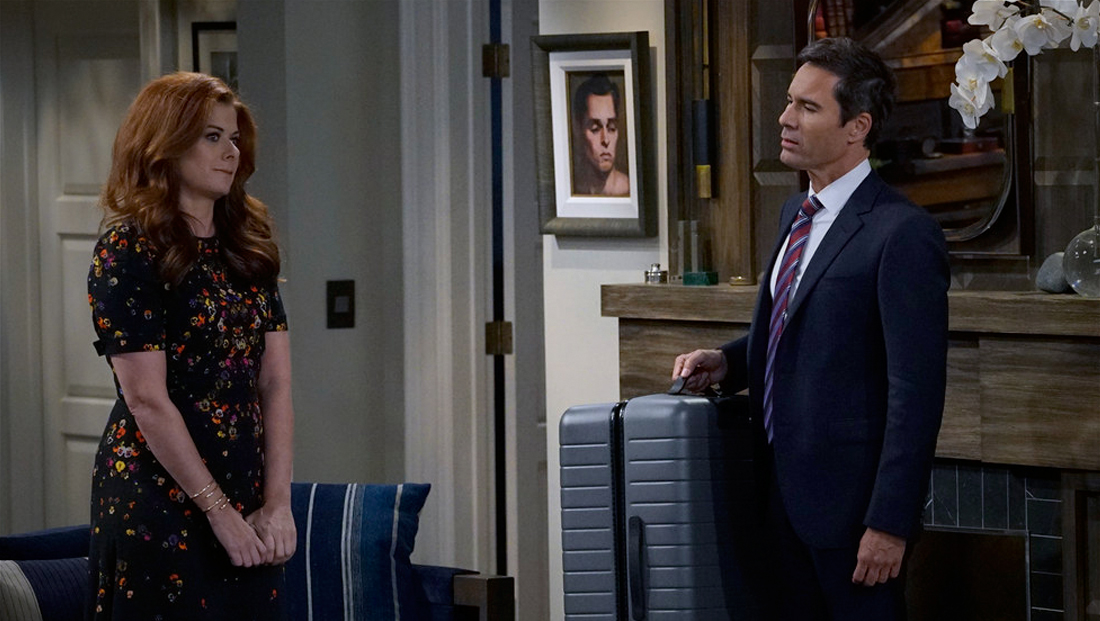 The return, after an 11 year break, of the hit NBC show “Will & Grace” gave the show’s production designers an opportunity to reimagine the show’s sets as lived in spaces that had been expanded, renovated and redecorated over the years.

Throughout the show’s original run on NBC, the sets were updated over the years as well, though without any explanation. Will’s apartment got some new furniture toward the end of the series’ run, while Grace’s office suddenly lost a dividing wall early on.

However, with over a decade going by both in real life and the show’s storyline, the production team had the challenge of both creating new looks that fit with today’s styles while still maintaining the familiar connection with the original look.

Will’s and, for now, Grace’s apartment, maintained the same basic footprint but has undergone some significant updates with old pieces mixed in, giving it a “lived in” feeling.

While the show’s production designers could have easily rested on their laurels and simply reused the old set, since much of it had been preserved as part of a display at Emerson College’s library as a gift from co-creator Max Mutchnick, the decision to update it probably made more sense given that the revival of the show is set 11 years later — after all, whose apartment looks the same after 11 years (and certainly not the one of someone whose best friend is an interior designer)?

While select pieces from the old set were incorporated into the new look, updated furnishings and accessories were brought in to create the suggestion of a lived in, evolving space. Much of the apartment’s surfaces were refinished, including the woodwork, kitchen and fireplace surround, while the furnishings were swapped out with selections that played homage to the original set while also giving the room an updated look.

For example, the brown worn leather chair to the left of the sofa (which was also replaced) lives on in the form of a bright tan-gold armchair, while the tea cart-turned bar cart slash side table next to it was traded in for a bolder model with large statement wheels.

More subtle changes included what appears to be a refinished bathroom with bold geometric wall, Edison bulb wall sconces, hanging lamp in the TV area and a plethora of new decorative accessories. The kitchen, meanwhile, got an update. While retaining its raised platform and half wall divider, new cabinets, industrial style refrigerator and narrow wine refrigerator were added. The apartment’s dining area kept its circular table but got new chairs and a new sideboard.

The overall look of the new apartment takes on, in true Grace Adler fashion, a blend of industrial, mid-Century modern, a touch of shabby-chic and even a bit of traditional mixed in, with a focus on woods, fabrics and other finishes bringing texture and depth. It’s also worth noting that the apartment numbers have been changed out, dropping the serif gold metal in favor of a dark, geometric font, while each apartment appears to have a lighted doorbell now as well — two small details that add to the sense of time having gone by.