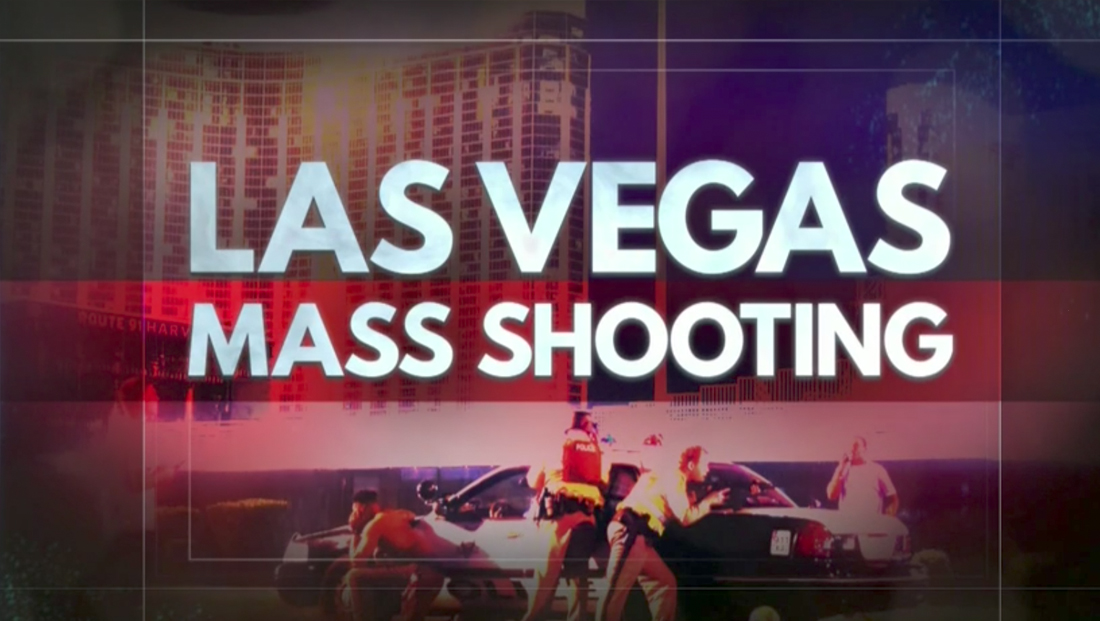 ABC News sent “ABC World News Tonight” anchor David Muir to Las Vegas, where he appeared to be positioned from an elevated location, though the view of Mandalay Bay behind him was somewhat washed out. The network used its “Massacre in Las Vegas” branding mixed in with its breaking news graphics during the show’s tease and reports on the shooting.