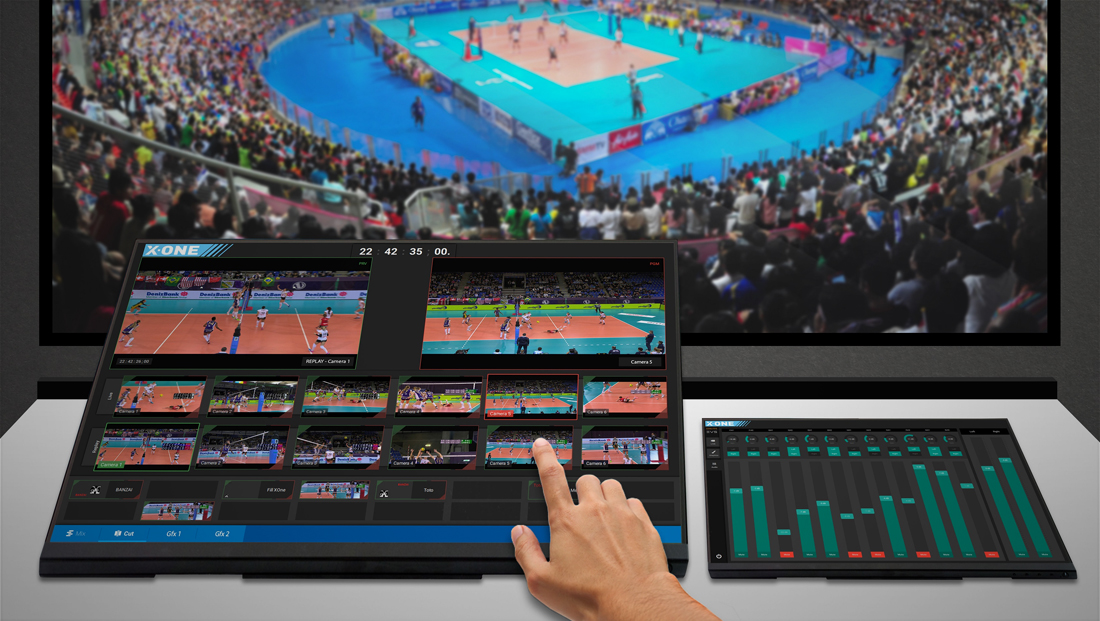 The solution puts all of the capabilities of a control room in the hands of a single production operator.

X-One has been carefully designed to deliver EVS’ signature speed and reliability to small and mid-sized productions. The all-in-one toolset allows for the ingest of six camera feeds as well as the media import of any other files, which operators can use to create replays, control audio, cut together a live feed with the built-in video switcher and add graphics to live programming.

The solution, which is controlled by a touchscreen, was awarded the IABM Design and Innovation Award for Content Creation at IBC2017.

Located next to the X-ONE demonstration inside the show hall on level three, space N533 will be EVS’s Connected Live demonstration truck, which will showcase some of its latest solutions.

Also on display will be the new S-Core Master broadcast control application, which provides a better way for facilities operating within an IP fabric to orchestrate live IP flows.

S-Core Master has already been deployed into the live production workflow for Cisco TV, the company’s professional television studio and production service that operated throughout its Cisco Live 2017 event.