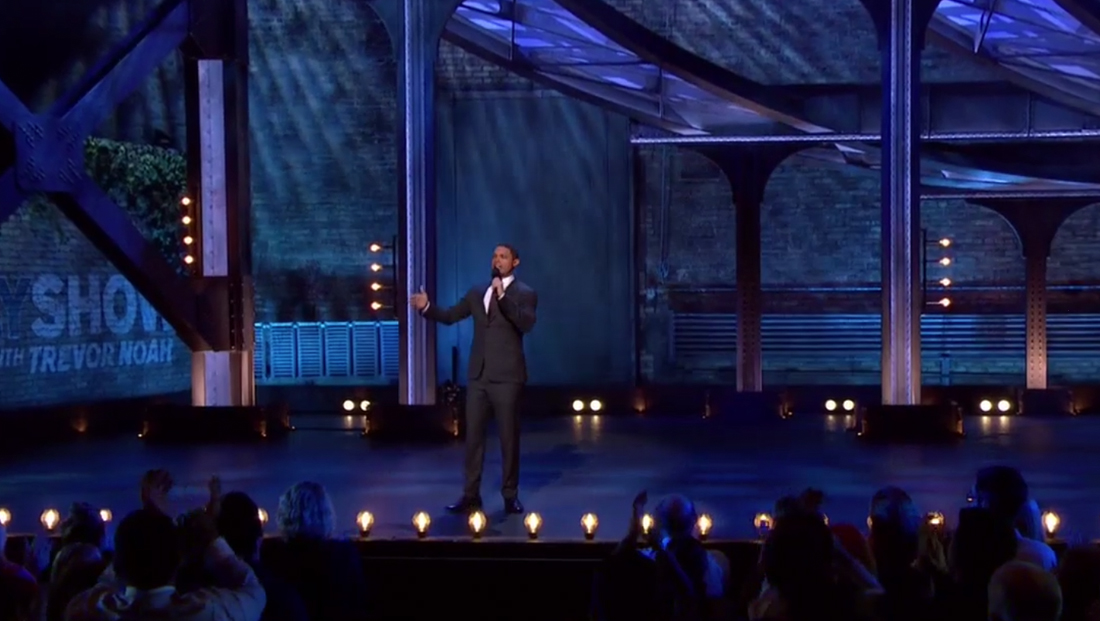 Comedy Central’s “The Daily Show” brought its shows to Chicago this week as part of what it has dubbed its “undesked” series. The show, which is taping at Chicago’s Athenaeum Theatre, eschewed bringing a full set with anchor desk as it has done for other “on the road” shows.

Instead, the show opted for a more standup comedy-style setup, with host Trevor Noah standing at the center of the theatre’s stage with design from 513’s Tom Lenz. The remainder of the production design, however, channeled an industrial look with faux metal girders, pillars and brick, all carefully lit with washes of blue light.

The stage is also dotted with accent lights mounted on either side of the support beams that mimic the foot lights, while a large, oversized version of the show’s logo on the far stage left wall.

The show also channeled Chicago through an opening sequence where Noah, in “Ferris Bueller’s Day Off”-fashion took to the city streets — complete with Ben Stein, who had a brief appearance in the feature film starring Matthew Broderick, walking on to the empty “Daily Show” set looking for Noah.