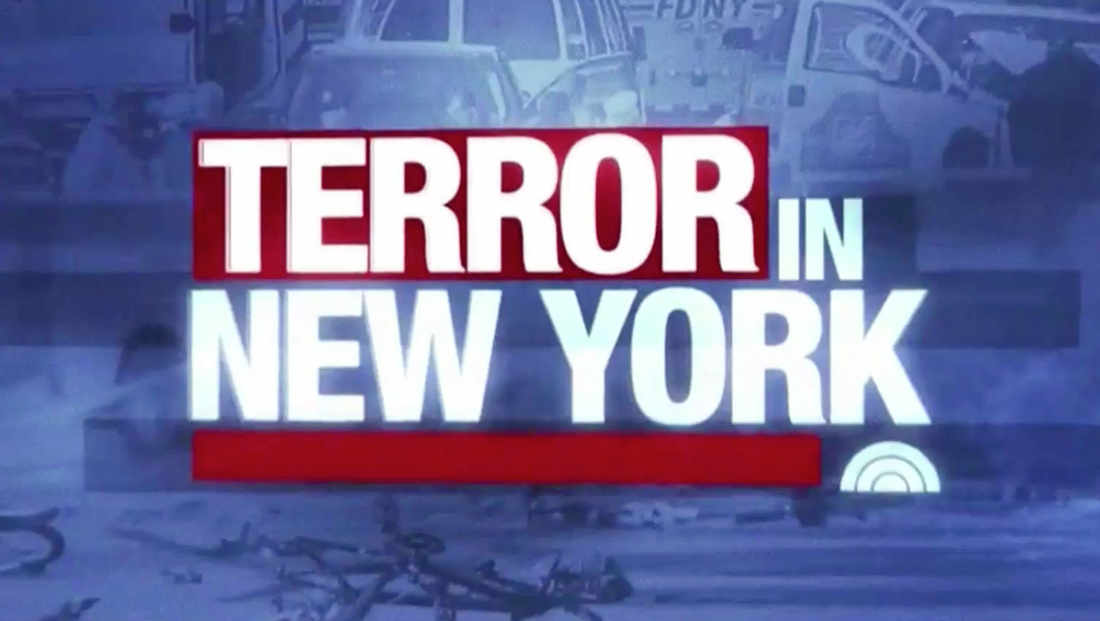 NBC News offered up a “special split edition of ‘Today‘,” as the show’s announcer made clear in the open, which also made use of the same hard-hitting music the network has used for other breaking news stories. The show’s teases, which featured the normal “Today” ring motif colored blue also featured a “Terror in New York” bug in the lower left corner, which took on a similar patchwork-style shape as during its Las Vegas Shooting coverage.